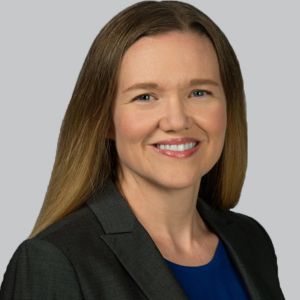 This was a 2-part interview. To view part 1, click here.

Understanding the genetic and racial backgrounds of patients included in Alzheimer disease (AD) trials is critical to the outcomes of studies and the therapeutics being evaluated. Certain patient groups, including women, have been shown to have higher rates of the disease and thus may be more at risk of developing it. Despite this, most traditional trials within the space group the 2 genders together, without stratifying their differences in cognitive or memory screenings when considering inclusion criteria.

Jessica Caldwell, PhD, currently directs the Women’s Alzheimer’s Movement Prevention Center at Cleveland Clinic and was just recently awarded a 4-year, $1.8 million grant from the National Institutes of Health to study the effects of gender in AD. She and her team will be tasked with examining how stress exposure and estrogen in women may interact to impact memory, inflammation in the body, and brain activation and connectivity for those at risk for the disease.

NeurologyLive caught up with Caldwell to highlight several pressing matters in AD research, including the importance of understanding the genetic background of trial populations and the increased need for more studies focused specifically on women. She also provided an overview of the progress made at the center since its inauguration in 2020 and the next steps in evaluating and assessing whether the interventions currently implemented are working.

NeurologyLive: How can genetics impact the design of a trial?

Jessica Caldwell, PhD: If you’re looking for a very homogenous population, then selecting based on genetics can help with that. If you look at people who are all at higher risk, your potential of implementing a treatment in people who will get the disease is higher, especially as trials look toward earlier testing. This is not just in Alzheimer disease, but mild cognitive impairment and even earlier.

Something on that front that is also important is that, in addition to genetics, sometimes folks are selected into trials based on their memory score. We know that women have stronger memory than men and verbal memory is one of the top tests used to select in. Recently, there’s been building evidence that we should be using a potentially different cutoff score for women. If you want a homogenous population, they may be at the same stage. But your population has a difference in how their memory is impacted and that could really impact the stage in which you’re bringing people into the study.

Is conducting all-women trials an approach that will be more prevalent in the coming years?

I think it should be. With the trial space, it’s a little bit different, but in terms of the independent research space, there’s been a push to move stratification of your analysis into men and women separately, and not just including sex as a covariant. For example, the study that I’m running is only with women and I did have to make the argument that I didn’t need a comparison group of men. The simplistic argument is that we’ve been studying men only, and then men and women, for quite a long time. We don’t need that comparison. Of course, that argument could be made with other divisions as well.

What about your center has stood out since its creation just over a year ago?

We’re just starting to see women come back for their 1-year follow-up. What’s stood out to me so far is that I have a majority of my patients who tell me that they’re so glad this center is here because now they have something to do. They have a specific plan. That give me hope and it’s been amazing to see that impact on women’s lives. That’s happening even though many of the things we talk about in the clinic are not new secrets. We talk about nutrition and exercise, but mainly giving women their own plan and saying, “Here’s where you’re doing just fine. Here’s where you need to focus some energy.” It’s really empowering.

In the future, my goal is to do a couple things within the next year, or what I call process improvement. That means tracking our women and seeing if they’re doing what we tell them to do. If they’re not doing it, why aren’t they doing it? In order to effectively do prevention clinically, I need buy-in. I might need to change things if I’m not getting that right now. And then of course with that one-year data, I’ll start tracking to see if women are following the recommendations and are we seeing results. Just in the basics, like they’re reported exercise, diet levels, and content. Am I seeing it in things like blood pressure, blood work, and so on?

I also want to clarify that this clinic is only for women without a current memory diagnosis. All the women that are coming in are cognitively healthy. If we pick up on something, then we send them for further testing. But we’re aimed at prevention among those with no current symptoms.

Looking forward, how else would you like to see these efforts progress?

I think this is an area that needs more research. Things that I’m hoping to look at in the future are aimed at not only what I’ve mentioned previously, but then how do we further intervene for women at risk? We’re moving out of the space where we’re treating women who are symptomatic into, how do we help women to avoid or at least avoid things that could facilitate Alzheimer disease. For example, there are other researchers like Roberta Brinton, PhD, and Lisa Mosconi, PhD, who are looking at things like hormone replacement therapy. Could that be a critical intervention? If we find that stress is meaningful for women, can we intervene on stress early to impact the speed of progression of the disease or the onset of symptoms? Can we even prevent them?

Have clinicians identified lifestyle changes that may be more tailored towards women?