The encephalitis lethargica epidemic of 1916-1930 is estimated to have affected at least half a million of people in Europe and still remains a mystery. 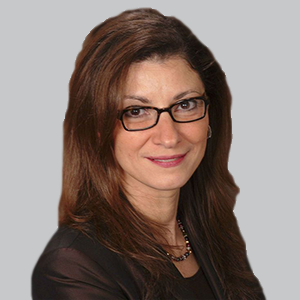 The encephalitis lethargica epidemic of 1916-1930 is estimated to have affected at least half a million people in Europe. The disease is documented to have spread throughout the world to afflict hundreds of thousands more. The cause of the strange illness still remains a mystery today. Since the initial outbreak, there have been sporadic reports of patients who had what seemed to be similar symptoms, but it is not completely clear whether the more recently described patients suffered from encephalitis lethargica or from something else.

According to accounts in the literature, the symptoms of the disease did not seem to immediately suggest a unified diagnosis. Strange neuropsychiatric behaviors and overwhelming lethargic sleepiness, which induced a coma-like state, as well as muscle rigidity, were cornerstones of the illness.

But not every patient had all of the characteristic symptoms and not all of them experienced the same disease severity. According to the medical literature, about a third of the patients died from respiratory failure caused by neurological dysfunction. And, while at least hundreds thousands of patients died, there were at least as many who survived. Some of the survivors exhibited residual Parkinsonian or neuropsychiatric sequelae.

A group of patients who survived the outbreak had substantial lethargy, remaining in a sleep-like state for years. Many in this group, described in great detail by Oliver Sacks, MD, were noted to have muscle rigidity at rest. Some of them responded to levodopa, which was a new medication for Parkinson disease (PD) at the time. That symptomatic response points to the possibly that the illness, like PD, may involve the substantial nigra in some way.

The linking of PD and encephalitis lethargica was not a vast leap in logic, as PD has long been linked to disorders of sleep. In recent years, a number of data have suggested that poor sleep and circadian activity rhythm (CAR) are associated with the disease. A cross-sectional study from 2021 found that older adults with PD showed a phase advance in CAR and an amplitude reduction when compared with older adults without PD. Similar results were shown in the year prior, when an ancillary sleep study of the longitudinal cohort Osteoporotic Fractures in Men Study (MrOS) revealed that reduced circadian rhythmicity was associated with an increased risk of incident PD, suggesting it may represent an important prodromal feature of PD. That 2020 analysis showed that, after researchers accounted for all the covariates, they found that the risk of PD increased with decreasing circadian amplitude.

Although, because there was an influenza outbreak at the same time as the encephalitis lethargica epidemic, some researchers who study this disease consider an infectious cause to be a possibility—although some others suggest that the two outbreaks may have been coincidental and that an unrelated trigger could have caused the sleeping sickness.

One interesting series1 of 20 patients with a symptomatology similar to that of encephalitis lethargica identified autoantibodies reactive against human basal ganglia antigens in 95% of the patient population using western immunoblotting (in comparison to 2-4% of child and adult controls.) The researchers reported that these antibodies were also present in the CSF in four of the patients tested.

Yet, reports2 from the original outbreak document more widespread abnormalities in the brain, including in the cerebral cortex. These abnormalities also appeared to have autoimmune characteristics.

There are very few modern-day case reports describing patients who have symptoms suggestive of possible encephalitis lethargica. One of these3 describes a young child with HIV who was reported to have somnolence, akinetic mutism, and ophthalmoplegia. His symptoms began after he had experienced an intermittent fever, which, along with his symptoms, placed encephalitis lethargica on the list of possible diagnoses.  His CSF fluid showed pleocytosis and positive oligoclonal bands, and he responded to steroids and immunoglobulins, which supports the possibility that there was an autoimmune component to his illness. His imaging studies showed evidence of disease only in the substantia nigra, consistent with the series of 20 patients, but unlike what would have been expected of patients who were part of the last century’s widespread outbreak.

The rare neurological disease that was so widespread for a relatively brief period of time and has not recurred beyond some possible sporadic cases still remains a mystery. At the tail end of the illness, some patients improved with levodopa, at a time when it was the only available medication for PD and symptoms of Parkinsonism.  Perhaps we will never know if the encephalitis lethargica epidemic was caused by an infection, an unusual response to a microbial agent, a neurotoxic pollutant, or some other extraordinary trigger.

For more information on movement disorders, check out the NeurologyLive® Movement Disorder clinical focus page, which includes in-depth coverage of the latest updates in sleep disorder care, as well as interviews with experts and panel discussions on hot topics.