Among early-treated patients, in the door-to-puncture time interval, each 1 hour of delay was associated with 0.92 health life-years lost and each 1 second of delay with 2.2 health life-hours lost. 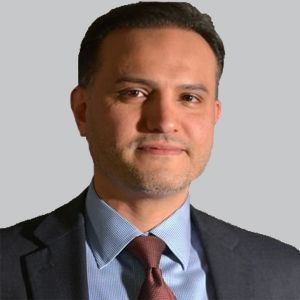 Patients with acute ischemic stroke treated with endovascular thrombectomy (EVT), particularly in the post-arrival time period, experience losses in years of healthy life if reperfusion is delayed, according to an individual patient data pooled meta-analysis.1

A total of 5 time intervals were analyzed: last known well to door (LKWTD) time,; LKW to puncture (LKWTP); LKW to reperfusion (LKWTR); door to puncture (DTP); and door to reperfusion (DTR). Among 781 EVT-treated patients, 406 (52%) were in the early treated (LKWTP ≤4 hours) population and 375 patients (48%) were within the late-treated (LKWTP > 4-12 hours) population.

For every 1 hour of delay in LKW-to-puncture time, patients in the early-treated population were associated with a loss of 0.81 (95% CI, 0.08-1.55) health life-years, whereas in the late-treated population, no statistically significant association of LKW-to-puncture time and DALYs was observed. "Efforts to optimize workflow and eliminate barriers preventing timely patient evaluation and treatment within health care systems are warranted,” Almekhlafi et al wrote.

Effect size between the 2 populations was substantial, as the loss of 0.81 health years per hour delay among early-treated patients was equivalent to a loss of 1.6 months per 10-minute delay, 4.9 days per 1-minute delay, and 2.0 hours per 1-second delay.

Both the early-treatment and late-treatment populations showed similar and substantial time-benefit associations for both DTP and DTR time intervals from emergency department arrival to intervention. For each hour of delay in DTP, there was an association of 0.92 (95% CI, 0.16-1.68) lost health life-years in the early-treated population and a loss of 0.86 (95% CI, 0.43-1.28) health life years in the late-treated population.

Using more granular time intervals, the loss of 0.92 health years per hour delay in early-treated patients was equivalent to a loss of 1.8 months per 10-minute delay, 5.6 days per 1-minute delay, and 2.2 hours per 1-second delay. Among the 2 treatment populations, researchers found no significant time-benefit association for the onset-to-door time interval, opposite to what was observed in time-benefit associations for door-to-intervention time intervals.

The differences and effects of early- versus late-treatment EVT have been closely observed by clinicians because of the time-sensitivity that stroke care requires. Almekhlafi was a part of another study published in September 2020 found that any time delay to EVT reduced QALYs and decreased the economic value of care provided by this intervention.2

Using a Markov model analysis, researchers found that there is an average gain of 39 days (95% prediction interval, 23-53 days) of disability-free life for every 10 minutes of earlier treatment with EVT.