Within 5 years after the index date, the lowest proportion of epilepsy diagnoses were among those treated with angiotensin receptor blockers and highest in those on ß-blockers and calcium channel blockers. 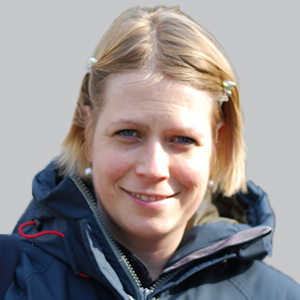 In a comparison study of antihypertensive medications, findings showed that angiotensin receptor blocker (ARB) therapy was significantly associated with a decreased risk of epilepsy in those with hypertension.1

First author Corinna Doege, MD, department of neuropediatrics, Center of Pediatrics and Adolescent Medicine, Central Hospital, Bremen, Germany, and colleagues, concluded that "Additional research is needed on possible causal associations between hypertension and epilepsy and the signaling pathways involved in each. Findings of this study suggest that antihypertensive drugs may be a novel approach for preventing epilepsy in patients with arterial hypertension."

A total of 168,612 patients with hypertension were included in propensity score matching, with 42,153 each on an antihypertensive drug of either ß-blockers, ARBs, angiotensin-converting enzyme inhibitors, or calcium channel blockers. Cox regression models were used to study the association between the incidence of epilepsy and ARBs compared with all other antihypertensive drug classes as a group. The 6 ARBs included in the study were losartan, valsartan, telmisartan, olmesartan, candesartan, and irbesartan.

Those with a previous diagnosis of stroke or dementia were associated with the occurrence of epilepsy (stroke: HR, 1.93 [95% CI, 1.65-2.67]; P <.001; and dementia: HR, 1.66 [95% CI, 1.35-1.96]; P <.001). In an attempt to see whether these diagnoses impacted the association between ARBs and the decreased incidence of epilepsy, the association remained similar to that seen in the overall patient population (HR, 0.77; 95% CI, 0.65-0.89; P = .002). Similar associations were observed in participants without the typical risk factors for epilepsy, including cardiovascular disease, Parkinson disease, dementia, and head injuries.

Doege et al wrote, "These findings correspond with the results of the present study, which identified an association between use of losartan and a decreased incidence of epilepsy. These results allow the hypothesis that inhibition of the renin-angiotensin-aldosterone system may be associated with a reduced incidence of epilepsy over a long period of time. Although these findings do not prove causal associations, they point to the importance of antihypertensive drugs, especially the angiotensin antagonist group, in preventing secondary complications of arterial hypertension, such as epilepsy, and may be a new therapeutic option for epilepsy involving inhibition of the renin-angiotensin-aldosterone system."