A trio of predictors may help inform which patients may be candidates for resective surgery, as well as improve the postsurgical consideration for re-operation on those who experience disabling seizure recurrence. 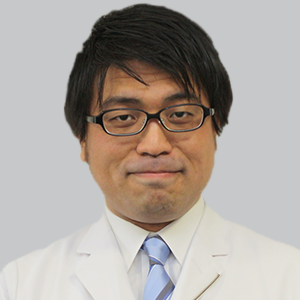 Patients with temporal lobe epilepsy who undergo resective surgery may be more likely to experience seizure recurrence postsurgery when their epileptogenic zone is in the neocortex and if they have a shorter duration of disease.1

These possible predictors also include the presence of postoperative interictal epileptic discharges. These were identified in a cohort of 41 patients who underwent consecutive surgeries at a single center from May 2014 to June 2017. Despite these other associations, the preoperative treatment of patients with newer antiepileptic drugs was not associated with a change in outcome.

The findings were presented in a poster at the 33rd International Epilepsy Congress, June 22 to 26, 2019 in Bangkok, Thailand.

“Resective surgery is known to be effective for patients with drug-resistant focal epilepsy, and the factors which predict favorable surgical outcomes have been intensively studied,” detailed Hideaki Tanaka, MD, neurosurgeon, Epilepsy and Sleep Disorders Center, Fukuoka Sanno Hospital, and colleagues. “However, to our knowledge, only a few studies have investigated the prognostic factors of the frequency of disabling seizure recurrence after temporal lobe epilepsy surgery.”

Tanaka and colleagues’ work add to a number of previously conducted studies in postoperative epilepsy outcomes. In a long-term observation by de Tisi et al. in 2011, of 615 patients who underwent epilepsy surgery, showed that recurrence was less likely the longer patients remained seizure free, and the occurrence of focal seizure in the first 2 years post-surgery was associated with seizure outcome. In that study, 19% (18 of 93) patients who had recurrence were seizure-free upon the introduction of additional antiepileptic drugs post-surgery.2

“Our study disclosed that the patients with an estimated epileptogenic zone in the neocortex, postoperative inter-ictal epileptiform discharges, and shorter duration of disease before surgery are more likely to experience seizure recurrence postoperatively,” Tanaka and colleagues concluded.

They added that the results might aid in the selection of patients with temporal lobe epilepsy who may be candidates for resective surgery, as well as improve the postsurgical consideration for re-operation on those who experience disabling seizure recurrence.