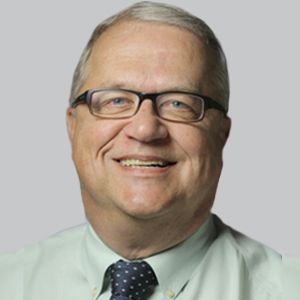 With an ever-increasing abundance of antiepileptic (AED) medications, access to safe and effective therapies has never been better. Still, epilepsy remains a disease plagued by polypharmacy and poor patient adherence, which can result in breakthrough seizures, drug-drug interactions, and other adverse effects. A more recent focus on extended-release formulations of antiepileptic drugs may be the key to helping patients stay on track, but the new dosing regimens are not a 1-size-fits-all solution.

In an interview with NeurologyLiveTM, Rodney Allan Radtke, MD, professor of neurology at Duke University School of Medicine in Durham, North Carolina, discussed some of the new therapeutic options available to help improve tolerance and adherence challenges that clinicians commonly face in epilepsy practice.

NeurologyLive: Therapeutic adherence is a major issue in epilepsy care. What prescribing strategies do you employ to help reduce complicated dosing regimens?

Rodney Allan Radtke, MD: In addition to multiple new antiepileptic drugs, we have new formulations that enhance the administration and, hopefully, adherence of some of these agents. In general, I like to use the extended-release formulations. The advantages are usually 2-fold. First, many times they get around postdose adverse effects, such as with carbamazepine. Postdose adverse effects are very common. With extended-release carbamazepine, they’re much less common. In addition, rather than taking the drug 2 or 3 times a day, patients are able to take the drug once or twice per day, and the evidence in the literature clearly demonstrates that 3 times a day is a lot harder to take than 2, and 4 times a day is almost impossible to [maintain]. So the 2 advantages are seemingly fewer adverse effects and definitely hope for improved adherence by virtue of less frequent administration of the drug.

I don’t always give the extended-release product, and I don’t always give the extended-release products once a day if that’s the design, particularly if you get to a large dose. Say with lamotrigine, the patient is taking 800 or 900 mg a day; I may divide that up to spread it out. As long as they’re consistently able to adhere and take the drug twice a day, it’s a little advantageous to spread it out and lower the peaks and raise the troughs so that the effective blood level is [as consistent] as possible.

What has been your clinical experience so far with these extended-release formulations?

Some of the other products are a little less important, like levetiracetam extended release. Postdose adverse effects aren’t a concern, but certainly taking it once a day instead of twice a day offers a distinct advantage. We have extended-release topiramate available. I was skeptical that it would really change anything in tolerability, but it seems to have. So I do have patients using that who could tolerate a higher dose of the extended release as opposed to the immediate release. And with lamotrigine, that molecule does have some postdose adverse effects, so it lends itself to improved tolerability with the extended release. And obviously, patients will more consistently adhere with the once-a-day product.

Have you encountered any challenges when prescribing these medications?

The indication for the various agents, including the extended-release agents, is quite variable regarding age. I think most pediatric neurologists have to go outside the package insert or off label to use the products. Many times, the studies haven’t been done. More and more, the studies are in the pediatric age group, or at least they’re allowing extrapolation from adult pharmacokinetic data to get the drug approved in a pediatric population. And certainly, a drug like extended-release oxcarbazepine that’s approved down to age 6 certainly is an advantage because that’s about the age that children are going to consistently swallow pills. So now you have a once-a-day product that allows you to adequately treat the patient without having to get them to adhere 2 or 3 times a day with many other products.

In general, I always prefer to use the extended-release formulation because of the advantages of maybe fewer adverse effects and improved adherence. Many times there are issues with adherence related to administration of the medicine and getting the medicine in the patient. The patient may be a young child who has difficulty swallowing pills, but there also are intellectually disabled or physically disabled patients who either don’t understand that they’re supposed to swallow or have difficulty swallowing. The administration of medicine to someone who can’t readily swallow pills frequently is very challenging. You obviously can crush many of the pills and administer them through food or applesauce, or sometimes through a gastrostomy tube if necessary, but it’s certainly advantageous to have the oral preparation where you can more accurately measure and ensure adequate administration of the medicine.