Looking to the Future of Stroke Care: Protection and Restoration

Interest in advancing research in stroke therapeutics has historically come in fits and starts. Now with intravenous tPA and thrombectomy in regular use, experts are looking to get a step ahead of the damage. 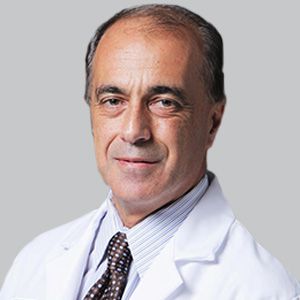 Albert Favate, MD, director of the Division of Vascular Neurology and clinical associate professor in the Department of Neurology, NYU Langone

Stroke accounts for approximately 1 of every 19 deaths in the United States, even as the age-adjusted stroke death rate decreased 16.7% from 2006 to 2016.1 Projections estimate that by 2030, an additional 3.4 million American adults 18 years or older will experience a stroke, representing 3.9% of the total adult population of the United States.1

Therapeutic approaches to treat stroke are complicated by its very intricate nature. To say that stroke is heterogeneous is itself an oversimplification of the multitude of underlying complexities, from the complicated structure of the brain to the variability in both strokes and the patients who experience them. Additionally, current and developing therapeutic approaches for treating stroke are diverse, ranging from neuroprotective agents, most commonly administered within the first several hours following a stroke, to neurorestorative approaches that commence anywhere from days to months following a stroke.

Around 87% of strokes are ischemic, caused by a temporary or permanent occlusion of a cerebral artery, resulting in reduced blood flow and ischemia and/or infarct in the arterial zone.1,2 Bleeding into or around the brain characterizes hemorrhagic stroke, accounting for the remaining 13% of strokes and also resulting in reduced arterial blood flow to brain tissue.1,2 Consistent reduced blood flow can result in irreversible apoptosis, with populations of neuronal cells particularly susceptible.2 Tissue that undergoes ischemic cell death in the stroke core cannot be salvaged, whereas the penumbra surrounding the stroke core can undergo a more moderate decrease in blood flow, due in part to residual perfusion from collateral blood vessels.2 Appropriate treatment harbors the potential to salvage this penumbra, though salvageable tissue shrinks over time as the stroke core expands.

Interest in advancing research in stroke therapeutics has historically been inconsistent, with descriptions of stroke care markedly pessimistic from ancient times to the 1990s.3 A brief boom of clinical development, primarily of neuroprotective agents, in the late 1990s and early 2000s was met with primarily lackluster clinical trial results as promising preclinical models failed in phase 3 studies. Still, the advent of tissue plasminogen activator (tPA) and the development of endovascular thrombectomy (EVT) have improved outcomes in many patients who have had ischemic stroke.

Time Is of the Essence: Expanding the Window of Therapy

The prospective, multicenter, phase 2/3 DAWN trial (NCT02142283) assessed an expanded time for EVT in 206 patients with acute stroke who had last been known to be well 6 to 24 hours earlier and who had a mismatch between clinical deficit and infarct.4 Patients were randomized to receive EVT (n = 107) or medical treatment (n = 99), and investigators observed significantly improved outcomes for disability at 90 days in the EVT arm versus standard medical care alone.4 Similarly, the phase 3, prospective DEFUSE 3 trial (NCT02586415) randomized 92 patients to EVT 6 to 16 hours after the onset of stroke and 90 patients to standard of medical care, with the patients who underwent EVT experiencing superior functional outcomes.5

“These trials that have shown we can intervene outside the conventional window of 6 to 8 hours with image guidance or CT [computed tomography] perfusion to examine the penumbra for possible intervention up to 24 hours later have been a revolution in our practice as stroke neurologists,” Albert S. Favate, MD, director of the Division of Vascular Neurology and clinical associate professor in the Department of Neurology at New York University’s School of Medicine, told NeurologyLiveTM in an interview. This expanded application of EVT is “the single biggest thing I’ve seen,” he explained.

Currently, tPA is the only approved drug for stroke in the United States.7 Administered within 4.5 hours of the onset of stroke, tPA acts via thrombolysis and is therefore not used in hemorrhagic strokes.7 Its time frame of use, however, might unnecessarily limit its clinical utility. Recently, results from the multicenter, randomized, placebo-controlled, phase 3 EXTEND trial (NCT00887328, NCT01580839) showed that perfusion imaging could identify patients with salvageable ischemic brain tissue, potentially doubling the window of administration of tPA to 9 hours from the onset of stroke.8

In EXTEND, 225 patients with ischemic stroke with hypoperfused but salvageable brain regions detected by perfusion imaging were randomized to receive intravenous tPA or placebo from 4.5 to 9.0 hours following the onset of stroke or upon awakening with stroke if within 9.0 hours from the midpoint of sleep.8 The primary end point was a score of 0 or 1 on the modified Rankin Scale at 90 days and occurred in 35.4% of patients (n = 40) receiving tPA versus 29.5% of those (n = 33) receiving placebo, a statistically significant difference (adjusted risk ratio, 1.44; 95% CI, 1.01-2.06; P = .04).8

The 2 thrombolytic approaches can be combined for improved outcomes as well: Results from an observational study of 1485 patients in the Netherlands support combining administration of tPA with EVT.9 Improved functional outcomes were associated with patients who had acute ischemic stroke and who received tPA with EVT versus EVT alone (adjusted common OR, 1.47; 95% CI, 1.10- 1.96) and decreased mortality (adjusted OR, 0.58; 95% CI, 0.40- 0.82).9 Symptomatic intracranial hemorrhage, successful reperfusion, and first-pass effect were not significantly different between the treatment groups.9 Additionally, randomized trials are needed to validate these observational results.

Neuroprotective Agents and the Path Forward

Although expanded application of current therapies can improve clinical outcomes, stroke care urgently needs advances in neuroprotective agents. “We don’t have a reliable neuroprotective agent, but we’re actively searching for one,” said Favate. “Neuroprotective agents could play an important role because they’re something we could start in the ambulance for patients on their way to the hospital.”

“Despite dozens and dozens of neuroprotective agents being trialed in various models of care, no agent has been shown to be definitively beneficial, and therefore [none have] entered routine practice,” Andrew Russman, DO, head of the Stroke Program and medical director of the Comprehensive Stroke Center at Cleveland Clinic in Ohio, told NeurologyLiveTM. “Unfortunately, when we look at the entire field, individual agents that look like they might be successful have gone through so many trials and tribulations that there are no standout agents that look better than others.”

But Favate pointed to the analogues of anticonvulsants as a promising area for neuroprotective development. “I think that’s an exciting prospect for the future of neuroprotection,” he said, and with good reason. The phase 1 SAVER-I trial (NCT02235558) of postthrombectomy verapamil, for example, showed promising efficacy and safety.10 And the antiepileptic agent levetiracetam shows potential in neuroprotection following stroke, particularly for its potential to prevent seizures that can plague survivors of stroke.11

As precedence shows, however, not every potential treatment withstands clinical trials to deliver significant improvements for patients. Results of the phase 3 FAST-MAG trial (NCT00059332) showed that administration of magnesium in the ambulance did not improve disability outcomes at 90 days even though administration was safe and could be initiated within the first 2 hours following stroke.12

“There are a number of neuroprotective approaches on the table, but we have a long way to go to bring this into play for clinicians. I think it’s a long way down the road,” said Favate. Still, he sees hope in the future: “Developing neuroprotective agents is a very exciting prospect for us,” he said.

According to Russman, neurorestoration should be considered for its own potential merits rather than lumped together with concepts of neuroprotection. As preclinical and early clinical results that do not translate into later-stage benefits continue to hinder the field of neuroprotection, Russman sees promise in regenerative approaches.

“Neurorestoration refers to treatments that are given after the time of presentation, the goal of which is regeneration or restoration of tissue that su ered ischemia. In models of recovery, we traditionally think of the brain tissue as an area that doesn’t regenerate itself. But in fact, there is a zone of deep brain cells near the subventricular zone that may be stimulated in response to certain agents or treatments after injury,” Russman explained. He said that agents that can stimulate these deep brain cells could improve neurorestoration and neuroregeneration following stroke. And this treatment approach expands the understanding that brain cells to some extent can indeed regenerate and opens a window of time for addressing this regeneration, which can potentially last for months following the initial ischemic injury.

“Cellular-based agents have the most promise,” noted Russman. These approaches can be infusions or surgical implantation of stem cells.

The Future of Stroke Care

“Ideally, a neuroprotective agent is going to have to be safe to administer to both stroke and stroke mimics. It’s going to have to be something that penetrates the blood—brain barrier. Mode of administration will probably be intravenous as the patient is en route to the hospital. Those are important issues for us,” Favate said. He explained that “we need more research in basic science in stroke, and we just don’t have it.” Instead, he perceives overreliance on models that may have served clinicians 20 years ago but are no longer as useful. Favate suggested that the time to treat the penumbra may actually be a lot wider. Additionally, basic research on areas such as mitochondrial performance, excitotoxins, and management of anti-in ammation could yield novel, critical progress.

“If we could break through with just 1 agent, I think [it would] open up the whole field,” Favate concluded.