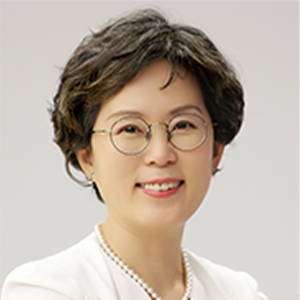 In a recent double-blind, randomized, sham-controlled cross-over study, results showed that adults with insomnia increased time spent asleep when exposed to a low concentration of carbon dioxide gas (CO2) with a sleep air device (Gosleep, NYX).1 This research report provides an opportunity for spreading more awareness on the importance of sleep health with respect to having more sleep-related products available.

Following the day after the sham treatment polysomnography, the average subjective sleep onset latency (SOL) observed was 42 minutes. Lead author Su Jung Choi, PhD, APN, MSN, RN, professor, graduate school of clinical nursing science, Sungkyunkwan University, Seoul, South Korea, and colleagues wrote, “This suggests that even in insomnia patients complaining of sleep onset, there is a clear difference between SOL measured by polysomnography and subjective sleep onset time, and it is not easy to reduce SOL statistically significantly through medication or other treatments.”

The study recruited 24 adults (men, n = 9; mean age, 55.4 [±6.3] years) that had complaints of sleep disturbances and had Pittsburgh Sleep Quality Index scores of at least 5. The two interventions in the study were the experimental intervention, exposure to 2% low-concentration edible CO2 gas, and the sham-controlled intervention, exposure to room air. The Gosleep air device was used in both interventions, designed to administer CO2 at a lower concentration (2% vs. 5%) and longer in time (15 minutes vs. 7 minutes) in comparison with previous studies.2 During the sham intervention, the room air was used for 18 minutes and gradually decreased in degrees by the next 5 minutes until the device was finally turned off.

In the results, there were no reported adverse effects associated with the CO2 inhalations and no significant difference in the sleep latency between the two intervention groups. The average SOL of the sham treatment-polysomnography was at a normal range of 9.3 minutes (range, 1-71 minutes). In contrast, during the second stage of the experimental treatment with CO2 inhalation, the average SOL for the other participants was less than 18 minutes. “This suggests that CO2 was sprayed until after the subject fell asleep, and it can be assumed that the lower arousal index and longer sleep time are related to the sham treatment. In particular, the non-rapid eye movement (NREM) arousal index was significantly lowered,” Choi et al noted.

One limitation from the study was that there was no evidence for there an impact on the improvement of sleep quality as sleep efficiency did not improve. Since participants were verbally questioned about sleep disorders, disorders such as severe snoring or narcolepsy or underlying diseases were not excluded.

Therefore, investigators concluded that future research should be performed in participants that have an objectively confirmed sleep onset disorder. Additionally, other studies conducted in the future should focus on observing the effect the sleep device had in reducing the indoor CO2 concentration during sleep.

Choi et al noted, “it seems necessary to develop a program that provides various carbon dioxide concentrations and atomization times within the scope of ensuring safety. Sleep-related products such as pillows, beds, and massage products for healthy sleep are on the market, but most of them are licensed as wellness products, so there are not many products that have demonstrated the effect of improving sleep through clinical trials like this study.”