The Rafa Laboratories 10-mg midazolam autoinjector is the first in market product of its kind, adding another option for the rescue of individuals with status epilepticus, a condition with crucial time implications in treatment. 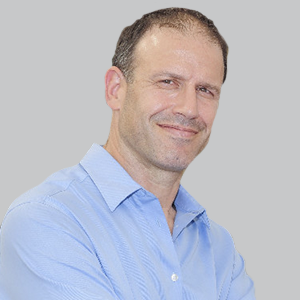 The FDA has given the green light to Rafa Laboratories for its 10-mg midazolam autoinjector for the treatment of status epilepticus in adults.1 It is the first autoinjectable product to be approved by the FDA, joining other rescue treatments with different routes of administration.

According to the American Epilepsy Society treatment guidelines, midazolam intramuscular injection is a first-line therapy for status epilepticus.2 Similarly, Neurocritical Care Society guidelines state that irreversible brain damage or death may occur if seizures are not stopped within 60 minutes of onset.3 The midazolam autoinjector is administered into the thigh, and can be done through clothing, without requiring an intravenous line, according to Rafa.1

The Rafa autoinjector was developed in partnership with the US Department of Defense’s Joint Program Executive Office for Chemical, Biological, Radiological and Nuclear Defense (JPEO-CBRND), with additional support from the Chemical and Biological Defense Program. Previously, the government entity collaborated with Rafa on its Atropine autoinjector.

"The usability of the autoinjector has a significant medical advantage in its immediate treatment effect, as well as in reducing long-term damage,” Roy Shay, Head of Emergency Solutions, Rafa, said in a statement.1 “Clinical studies confirmed the correlation between early treatment of status epilepticus and a reduced risk of an ongoing and irreversible neurological damage. This product could assist in saving many lives around the globe."

The agency’s approval was granted after an expedited review process for the new drug application (NDA) submission. The approval took 5 months, sped up via prioritized engagement between the FDA and Department of Defense. In addition to its use in the treatment of prolonged seizures, the autoinjector is also able to be used as a treatment for seizures resulting from nerve agent exposure. The US JPEO-CBRND noted that this will replace the fielded convulsant antidote for nerve agent diazepam autoinjector that it utilizes.

"We are proud of the FDA approval for this life saving product,” Amir Levin, MBA, chief executive officer, Rafa, said in a statement.1 “It is made in Israel and is meaningful news to the world of medical emergency solutions, thus strengthening Rafa's key role in providing reliable products to armies, governments, and first responders worldwide."

Then, in early 2021, Marinus Pharmaceuticals announced that it had enrolled the first patient in the phase 3 RAISE clinical trial of intravenous (IV) ganaxolone in patients with refractory status epilepticus.5 RAISE is a randomized, double-blind, placebo-controlled trial enrolling approximately 125 patients with status epilepticus who have failed benzodiazepines and 2 or more second-line IV drugs. Ganaxolone is a synthetic neurosteroid that acts as a positive allosteric modulator of synaptic and extrasynaptic GABAA receptors.

These new options are welcome signs for those in the field, though challenges persist. Just prior to the Sedor product approval, a cross-sectional analysis examining the use of midazolam (Nayzilam; UCB) by an emergency medical services (EMS) agency for treatment of adults with status epilepticus showed a significant deviation from evidence-based benzodiazepine use, contributing to the need for rescue therapy and respiratory support.6

Led by Elan L. Guterman, MD, neurologist, University of California San Francisco, the data showed that undertreatment with midazolam was associated with an increased need for rescue therapy, with 282 (18%) patients needing a second dose. In total, 2494 cases of status epilepticus in adults were included in the analysis, with 1537 patients given midazolam at any dose (39.4% given 5 mg or more), yielding an administration rate of 62%. Those who received rescue therapy were less likely to have received an initial midazolam dose of 5 mg or more, were more frequently tachycardic, had lower Glasgow Coma Scale scores, and were evaluated by providers who had seen a higher number of patients with status epilepticus during the study period.