The FDA expressed concerns about the limitations of the data included in the submission, and recommended that Acadia conduct an additional trial in AD psychosis with pimavanserin (Nuplazid). 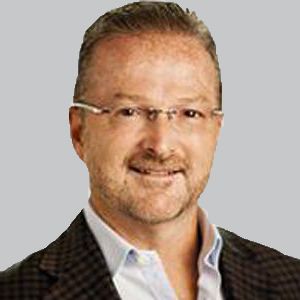 The FDA has issued a complete response letter (CRL) to Acadia Pharmaceuticals for its supplemental new drug application (sNDA) for pimavanserin (Nuplazid) in the treatment of hallucinations and delusions in patients with Alzheimer disease (AD) psychosis.1

This CRL, the second Acadia has received for pimavanserin—the first being for its application in dementia-related psychosis—noted that the agency could not approve the application as is, and recommended that Acadia conduct an additional trial in AD psychosis. The FDA did note that while the supportive phase 2 AD psychosis Study-019 (NCT02035553) data were significant, they are limited in their interpretability.

Additionally, regarding the pivotal phase 3 HARMONY study (NCT03325556), the FDA stated that the data appeared to be driven primarly by the robust findings in the subgroup of individuals with Parkinson disease (PD) dementia subgroup, a condition they stated is subsumed within the therapy's currently approved PD psychosis indication.

“We are disappointed with this outcome. The treatment of Alzheimer’s disease psychosis continues to be an area of high unmet need, for which there is no approved therapy,” Steve Davis, chief executive officer, Acadia, said in a statement.1 “We want to express our gratitude to all of the patients, their families and investigators who have participated in our clinical trials.”

Acadia did not yet state its plans for a resubmission or as to how it plans to address the FDA's concerns that were included in the CRL.

The decision came shortly after a June convening of the FDA’s Psychopharmacologic Drugs Advisory Committee on the therapy, which is a selective serotonin inverse agonist and antagonist preferentially targeting 5HT2A receptors. In that mid-June meeting, the 12-person committee voted 3–9 (3, yes; 9, no) in response to the question of whether the available evidence support pimavanserin as an effective treatment for hallucinations and delusions in the AD population.2

At the time of the committee meeting, those who voted "yes," stressed the great unmet need in this patient population, as well as the lack of known safety concerns with the drug. The members of the advisory group who voted the other way expressed that an additional randomized clinical trial would be necessary, noting particularly a need for better ethnic and racial representation as well as a longer duration of efficacy assessment.

The sNDA was supported by data from Study-019 and HARMONY, which assessed the therapy over the course of 43 days and 26 weeks, respectively. HARMONY included 392 patients with various dementia subtypes, including AD, PD dementia, dementia with Lewy bodies, vascular dementia, and frontotemporal dementia.

Pimavanserin’s journey to this point has been up and down since its April 2016 approval for PD psychosis. An sNDA was submitted to the FDA in July 2020 for the treatment of dementia-related psychosis, but in April 2021, the FDA issued the first CRL to Acadia for pimavanserin regarding the treatment for hallucinations and delusions associated with the condition.3 After some time, in February 2022, Acadia resubmitted its sNDA, this time for the AD psychosis indication, and including additional analyses from Study-019 and HARMONY, the latter of which had originally supported the July 2020 submission. According to the company, the newly added data were aimed at addressing the FDA’s concerns from the CRL.4