Alector’s announcement about the INVOKE-2 study follows a similar update regarding its INFRONT-3 study for frontotemporal dementia. 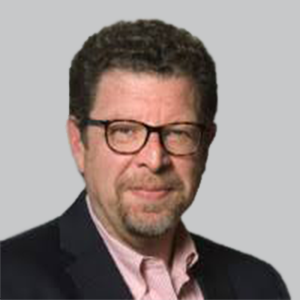 Alector has announced that the first patient has been dosed in its randomized, double-blind, placebo-controlled, dose-ranging, phase 2 INVOKE-2 study (NCT04592874) evaluating the investigational agent AL002 in patients with early Alzheimer disease (AD).1

“Alzheimer’s is a devastating disease that robs a person of their identity, and a family of their loved one. We are hopeful that AL002 may one day be a treatment option for the millions of people diagnosed with this disease,” said Michael Gold, MD, vice president, Development Neurosciences, AbbVie, in a statement. “We are pleased that the study was initiated rapidly and look forward to data from the Phase 2 study that will inform a potential pivotal clinical development program for AL002.”

INVOKE-2 will enroll approximately 265 participants with early AD at up to 90 sites globally. Disease progression will be measured using the Clinical Dementia Rating Sum Boxes (CDR-SB), as well as fluid and imaging biomarkers.

Triggering receptor expressed on myeloid cells 2 (TREM2) is a transmembrane receptor protein expressed on some immune cells and microglia. Previous, large scale, genome-wide studies have demonstrated its genetic links to sporadic AD. Impacted function of TREM2 may lead to AD and dementia, previous research suggests. An effective therapeutic approach may be increasing TREM2 activity in the brain, which may activate the brain’s immune system to target multiple pathologies of AD.

“Loss of TREM2 activity has been shown through human genetics to be one of the notable risk factors for developing Alzheimer’s disease,” said Robert Paul, MD, PhD, chief medical officer, Alector, in the statement.

READ MORE: The Road to Accessible Biomarkers for Alzheimer Disease

AL002 is an investigational, humanized monoclonal antibody that targets TREM2. The AL002 clinical program is being developed in collaboration with AbbVie. Paul noted that Alector believes that this first-in-class antibody may help slow the progression of AD by targeting the TREM2 receptor.

“Our ability to move quickly into a phase 2 study is based on compelling preclinical and phase 1 data showing that AL002 engages TREM2 on microglia cells in the brain, resulting in increased microglial activity. We look forward to efficiently enrolling the phase 2 study to better understand the potential clinical benefits of AL002,” Paul added to the statement.

INFRONT-3 (NCT04374136) is a randomized, double-blind, placebo-controlled, phase 3 clinical trial evaluating AL003 in people with or at risk for frontotemporal dementia due to progranulin gene mutation (FTD-GRN). The first patient was dosed in July 2020.2

INFRONT-3 will enroll up to 180 patients with FTD-GRN mutations across approximately 50 sites in the US, Europe, and Australia. Symptomatic and presymptomatic patients will be randomized to receive AL001 or placebo intravenously every four weeks. The effect of AL001 on clinical decline will also be measured with CDR-SB.

AL001, also a monoclonal antibody, is designed to modulate progranulin. The treatment was developed in collaboration with Adimab. The FDA previously granted it orphan drug designation for FTD and fast track designation for FTD-GRN.

“The initiation of our global pivotal phase 3 trial of AL001 is a significant step towards achieving our mission of helping patients suffering from FTD and other neurodegenerative diseases,” Paul said in a statement on INFRONT-3. “Our phase 3 study has been designed to measure slowing of disease progression in both symptomatic and presymptomatic FTD-GRN patients. We believe the INFRONT-3 trial will successfully demonstrate AL001’s ability to significantly alter the course of FTD and potentially transform the lives of people affected by this condition."