Are Functional Motor Symptoms Influenced by Glutamate and Glutamine Fluctuations?

New case-control findings suggest that glutamate and glutamine content may play a crucial role in the pathophysiology of functional motor symptoms. 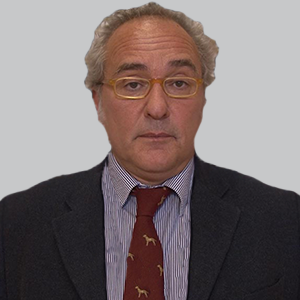 In a small case-control study, investigators found that abnormal increases in glutamate and glutamine (Glx) could play a vital pathophysiologic part in functional motor symptoms, hypothesizing that this may occur through the alteration of limbic-motor interactions.

All the other metabolites the group tested were normal in both regions. The increases in Glx and Cr content in the ACC/mPFC correlated with alexithymia, anxiety, and the severity of patients’ symptoms.

“Briefly, there are 2 hypotheses that could explain our findings,” corresponding author Alberto Priori, MD, PhD, director, Neurological Clinic III, University of Milan, told NeurologyLive®. “Firstly, the increased glutamate could be the prime mover in creating an abnormal excitatory output from the limbic to the motor areas of the cerebral cortex. Alternatively, increased glutamate could be secondary to downregulation of its receptors, or to impaired activity of its degrading enzymes. We are currently conducting further experiments that will better clarify this issue.”

Priori told NeurologyLive® that the group found it unexpected that these “symptoms that were thought to be of psychological origin seem to have a precise molecular abnormality in the brain.”

Additionally, a correlation analysis was conducted to better comprehend the differences between the groups, finding the aforementioned significant correlations between the Glx/Cr content in the ACC/mPFC and anxiety (HAM-A: P = .732; P = .003) and alexithymia (TAS-20: P = .432; P = .02). In patients with these motor symptoms, Glx/Cr content in the ACC/mPFC also correlated with the severity of functional motor symptoms (as measured by Psychogenic Movement Disorders rating scale).

“Functional neurological disorders are very difficult to treat and very expensive for national health systems worldwide. We have a research group dealing with the biology of this frequent, but still mysterious condition,” Priori detailed. “Functional neurological symptoms are what, historically, was called hysteria, a condition is known for a long time in the medical literature and thought to be linked to unresolved conflicts and purely psychological problems.”

He added that the investigators have been working for many years to elucidate the biological mechanisms which underly these functional disturbances. “We, therefore, decided as the first step to study the brain neurochemistry of our patients with a non-invasive technique,” Priori said.

“Unexplained functional neurological symptoms, therefore, recognize a neurochemical abnormality that could be targeted by the specific treatments for this condition: psychotherapy, rehabilitation, and drugs,” Priori said. “Several classes of drugs already available for other indications can influence the glutamatergic system and could, therefore, be useful in these patients.”