The impact of retinal thinning was higher when using GCIPL rather than pRNFL thinning as it explained more of the variance in relapse remission. 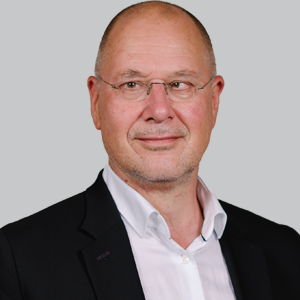 In multivariable analyses, incomplete remission of non-ON relapse was associated with ∆GCIPL thinning both from ON onset (OCTbaseline) to 3-6 months after ON (OCTfollow-up) and from within 1 week after ON onset (OCTacute) to OCTfollow-up (odds ratio [OR], 2.4 per 5 µm; P <.001, respectively), independently explaining 29% and 27% of variance, respectively. Thinning of peripapillary retinal nerve fiber layer (pRNFL) was also associated with incomplete relapse remission when measured from OCTbaseline to OCTfollow-up (OR, 1.9 per 10 µm; P <.001) independently accounting for 22% of the variance, but not when measured from OCTacute to OCTfollow-up.

Berger et al analyzed 167 patients with MS from the Vienna MS database who had an episode of acute ON and at least 1 non-ON relapse after the ON episode. Patients with bilateral ON were excluded from the study. All non-ON relapses were extracted and classified based on change in Expanded Disability Status Scale (EDSS) assessed 6 months post relapse compared with the last documented EDSS before relapse. Incomplete remission was defined as EDSS post relapse of at least 0.5 points compared with EDSS scores before relapse.

Each patient underwent optical coherence tomography (OCT) imaging, which included a custom 3.4 mm ring scan centered on the optic nerve head for pRNFL measurement and a 20°×20° macular volume scan centered on the macula for GCIPL measurement. GCIPL thickness was defined as the mean layer thickness of the 4 inner and outer quadrants of the circular grid centered around the foveola corresponding to the 3 mm and 6 mm rings as defined by the Early Treatment Diabetic Retinopathy Study.

"In this context, the anterior visual pathway provides an ideal opportunity to study the degree of neuroaxonal damage: Acute ON represents the prototype of MS relapse as it is common comprising about 15% to 25% of relapses and displays both similar rates and predictors of recovery compared to other relapse types." Berger et al wrote. "Unlike in other MS relapses, the amount of neuroaxonal damage caused can be easily and reliably measured by means of OCT based measurement of retinal layer thicknesses. ON-associated reduction of both pRNFL and GCIPL thicknesses is completed and therefore measurable 3 to 6 months after the ON episode and its degree corresponds to the degree of structural neuroaxonal damage as well as functional visual recovery."