The findings of a pair of recent studies have suggested that the presence and chronicity of hyper- and hypotension in mid- and late-life increases the risk of incident dementia, and that intensive blood pressure intervention can, although modestly, impact cerebral small vessel ischemic disease. 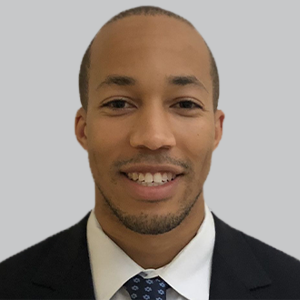 The hazard ratios (HRs) incident dementia among those with mid- and late-life hypertension and those with mid-life hypertension and late-life hypotension were 1.49 (95% CI, 1.06-2.08) and 1.62 (95% CI, 1.11-2.37), respectively. The authors, led by Keenan A. Walker, PhD, assistant professor of neurology, John’s Hopkins Medicine, noted that this association between late-life blood pressure and cognition may ultimately be dependent upon the chronicity of prior hypertension.

The primary outcome was dementia onset after visit 5 (5 in-person visits took place between 2011 and 2013), based on a number of factors, including Ascertain Dementia-8 informant questionnaires, 6-Item Screener telephone assessments, hospital discharge and death certificate codes, and neurocognitive evaluation on visit 6. Hypertension was defined as >140/90 mm Hg, while hypotension was defined as <90/60 mm Hg.

Moreover, those with midlife hypertension and late-life hypotension were at a higher risk for mild cognitive impairment (MCI) compared to those with normotension throughout (odds ratio [OR], 1.65 [95% CI, 1.01-2.69]). No significant associations were found between late-life cognitive change and blood pressure patterns.

Adding to those data was a second study conducted as part of the SPRINT-MIND trial, which included a subset of 670 patients (449 of whom had full 4-year follow-up). It suggested that more intensive blood pressure management may have an impact on the progression of cerebral small vessel ischemic disease. Patients were randomized to either intensive blood pressure treatment (n = 355) or standard care (n = 315).2

In recent years, the potential of dementia prevention through modifiable vascular risk factors has gained popularity in the clinical community, despite the failures in clinical trials related to Alzheimer disease pathology. As such, in an accompanying editorial, Shyam Prabhakaran, MD, MS, adjunct professor of neurology, Feinberg School of Medicine, Northwestern University, wrote that these findings are compelling, though not definitive.3

“Based on current guidelines, management of vascular risk factors is warranted for primary prevention; however, the optimal targets for blood pressure are unknown in this group of patients, in whom relative hypotension may result in further ischemic damage and increase the risk of dementia and stroke,” Prabhakaran wrote.

Prabhakaran noted that these studies suggest that an opportunity exists for blood pressure modification in the prevention of dementia, though midlife management might be optimized with earlier intervention. Additionally, he suggested that later-life blood pressure-lowering methods should be accompanied by careful monitoring for any possible cognitive harm associated with late-life hypotension.

“It is imperative that these nuanced effects of blood pressure on brain health inform future therapeutic approaches to prevent dementia,” he concluded.