The Task Force sought to improve the employment of MRI’s capabilities in the treatment of epilepsy, which the authors noted “are variable worldwide and may not harness the full potential of recent technological advances for the benefit of people with epilepsy.” 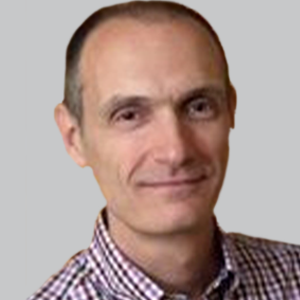 The Neuroimaging Task Force from the International League Against Epilepsy (ILAE) Diagnostic Methods Commission has published a new set of recommendations regarding which patients are candidates for structural magnetic resonance imaging (MRI), the minimum prerequisites for an MRI protocol, how MRI should be evaluated, and how lesion detection can be optimized.1

The Task Force, which operated from 2013—2017, sought to improve the employment of MRI’s capabilities in the treatment of epilepsy, which the authors noted “are variable worldwide and may not harness the full potential of recent technological advances for the benefit of people with epilepsy.”

Led by Andrea Bernasconi, MD, Neuroimaging of Epilepsy Laboratory, McConnell Brain Imaging Centre and Montreal Neurological Institute and Hospital, McGill University, the authors designated that these recommendations are aimed at clinicians who are in established epilepsy centers, as well as neurologists in general and district hospitals.

“By discussing the breadth and depth of scope of MRI, this report emphasizes the unique role of this noninvasive investigation in the care of people with epilepsy,” they wrote.

As a whole, this new council is in favor of routine structural imaging in patients with new-onset generalized and focal epilepsy alike, and overall, they detail a spectrum of situations for which a further detailed assessment is warranted. Additionally, they endorse using computer&#8208;aided image postprocessing methods in combination with MRI for an objective account of an individual's brain anatomy and pathology.

The recommendation by Bernasconi and colleagues was that HARNESS-MRI should be used with isotropic, millimetric 3D T1 and fluid&#8208;attenuated inversion recovery (FLAIR) images, and high&#8208;resolution 2D submillimetric T2 images. Bernasconi et al. detailed a number of advantages of HARNESS-MRI protocol, including that it offers high&#8208;contrast, 3D sequences with isotropic voxels, such as providing identical dimensions across planes.

Additionally, the HARNESS-MRI can be obtained on 1.5T and 3T scanners, it is applicable to adults and children, and it provides full brain coverage. As well, with it, there isn’t a need for operator&#8208;dependent slice angulation, and images do not suffer resolution loss when they are reformatted. Other advantages detailed in the recommendations included that it provides an improved signal&#8208;to&#8208;noise ratio and tissue contrast, and it enables accelerated image acquisition (such as GRAPPA, ASSET, and SENSE) during the use of multiple phased-arrays head coils.

As for the evaluation of MR images, the Task Force recommended that epileptologists should train in and receive continued medical education in neuroimaging, which in turn, supports the multidisciplinary facets of disease diagnostics. The group noted that this training is imperative because even with proper protocol, MRI interpretation “strongly depends on the reader's expertise in imaging of epilepsy.”

Bernasconi and colleagues detailed a number of recommendations for visual MRI analysis in temporal lobe epilepsy and focal cortical dysplasia. As well, they covered a number of ways with which to optimize detection of lesions, notably by volumetry and shape modeling of mesiotemporal lobe structures, using hippocampal T2 relaxometry and texture analysis, and the available fully automated lesion detection techniques.

“By revealing lesions unseen by conventional neuroradiology, the HARNESS&#8208;MRI protocol combined with postprocessing has the potential to transform MRI&#8208;negative into MRI&#8208;positive, thereby offering the life&#8208;changing benefits of epilepsy surgery to more patients,” the Task Force wrote.

They concluded by stating that the goal of optimally meeting the needs of people with epilepsy will take the combined effort of the ILAE and its chapters, other medical societies, and the academies, universities, and centers which offer epilepsy fellowship training.

Bernasconi A, Cendes F, Theodore WH, et al. Recommendations for the use of structural magnetic resonance imaging in the care of patients with epilepsy: A consensus report from the International League Against Epilepsy Neuroimaging Task Force. Epilepsia. Published online May 28, 2019. doi: 10.1111/epi.15612