A systematic review revealed inconsistencies in the literature for assessing subjective cognitive complaints in cognitively normal patients with Parkinson disease. 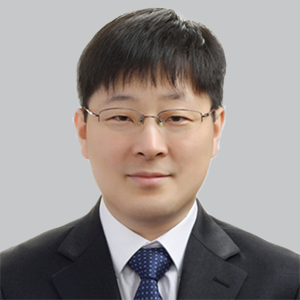 In a recent systematic review, findings showed that there is a current lack of consistency in the methodologies used to define and measure subjective cognitive complaints (SCCs) in cognitively normal patients with Parkinson disease (PD).1 Despite these inconsistencies, the overall results support the clinical value of SCCs for patients with PD who have a cognitively normal status.

One randomized controlled study from the selected articles assessed whether cognitive training improved cognitive function in patients with PD. In addition, the review included 13 studies comprising of 438 patients with SCCs (36.3%) out of 1,207 were cognitively normal patients. Notably, the frequencies of SCCs reported from the studies varied widely, ranging from 6.3% to 82.9% (median, 48.8%).

Coauthors Jin Yong Hong, MD, PhD, and Phil Hyu Lee, MD, PhD, both associate professors in the department of neurology at Yonsei University Wonju College of Medicine, Wonju, Korea, wrote, “The techniques used for the assessment of SCCs show a wide range of methodological differences. Accordingly, the frequency of SCCs has varied, and the results from previous studies have been inconsistent. This inconsistency has been a major obstacle to the accumulation of evidence and reproduction of reported results. Thus, there is a clear need to reach a consensus on the definition and assessment of SCCs in cognitively normal PD patients.”1

The review searched published articles prior to March 31, 2022, from the online databases (PubMed, Scopus, Web of Science, and Embase). The terms “Parkinson’s disease” combined with either “cognitive complaints,” “memory complaints,” “subjective cognitive,” or “subjective memory,” were used in the search among titles and abstracts. Reference lists identified relevant articles from the selected articles or other sources and only studies in English were included in the review. A total of 300 articles were identified after removing duplicates from the original search which yielded 387 articles and of them, 14 articles were collected from other sources. After screening the articles based on the title and abstracts, 45 full text articles remained. From those remaining articles, 26 articles were excluded, hence only 19 articles were included in the final review.

Ten studies had a cross-sectional observational design, and 8 studies were longitudinally observational in design. Eleven studies observed a relationship between SCCs and objective cognitive function. Six studies showed lower performance in visuospatial function, verbal fluency, inhibitory control ability, and memory function with patients with SCCs in comparison those without SCCS. Eight studies reported an association with depression and SCCs, as lower cognitive performance2 and faster cognitive decline3 disappeared after adjustment for depressive scores. In addition, 1 clinical trial from the selected studies was performed on patients with SCCs,4 in which the aim was to assess the efficacy of cognitive training on cognitive function in patients with PD.

Hong and Lee noted, “Previous studies have reported relatively low performance in particular cognitive domains in cognitively normal patients with SCCs; however, the actual association of SCCs with subtle cognitive impairments remains unclear. Meanwhile, the presence of SCCs at baseline is related to faster cognitive decline or more frequent conversion to MCI or dementia in most studies, which strongly suggests the clinical importance of SCCs in the preclinical stage of cognitive decline. Only a few biomarker studies have described the organic changes relevant to cognitive impairment in PD. The accumulation of data from biomarker studies will provide powerful evidence for the existence of SCCs and reveal the pathophysiological characteristics of SCCs.”1

Overall, the findings showed that SCCs are a predictor of subsequent cognitive decline in cognitively normal patients with PD despite the controversy on the association between SCCs and objective cognitive performance. Authors noted that there is future research needed on developing a consensus on the definition and assessment of SCCs.