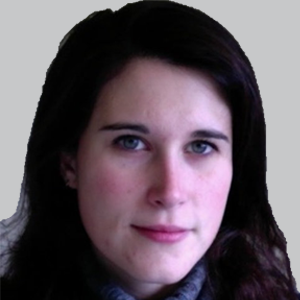 Led by Emeline Courtois, PhD, doctorate student, Inserm, the study authors concluded that these signals deserve to be confirmed in large studies with appropriate consideration of the potential for reverse causation. The study comprised of 40,760 patients with incident PD identified by a validated algorithm and 176,395 controls of similar age, sex, and region of residence from the French national health data system, all followed since 2006.

Drug exposure was defined at the chemical subgroup level, then at the substance level of the Anatomical Therapeutic Chemical (ATC) classification considering the frequency of prescriptions over a 2-year period starting 10 years before the index date to limit reverse causation bias. In total, 8 signals were generated, involving 6 subgroups, with the most suggestive signal corresponding to plain sulfonamide diuretics (Anatomical Therapeutic Chemical [ATC] C03CA).

Frequent exposure to at least 22 deliveries of plain sulfonamide diuretics showed the highest selection percentage (SP; 78.8%) among the signals identified and a stronger association (ß = –0.14) than for ever exposure (ß = –0.05). Among plain sulfonamide diuretics, furosemide (C03CA01) was the most represented substance in the study population, with ever exposed (SP, 58.6%; ß = –0.05) and frequently exposed (SP, 56.2%; ß = –0.08) groups standing out.

"This pattern suggests a dose–effect relationship that strengthens the plausibility of a protective effect," Courtois et al wrote. "Furosemide is a sulfonamide-derivative loop diuretic primarily used for the treatment of edema. Furosemide has been recently proposed as a probe molecule for Alzheimer's disease based on anti-inflammatory properties due to the inhibition of the secretion of proinflammatory TNF-α, IL-6, and nitric oxide; it has also been shown to inhibit Aβ oligomer formation."

Drugs used in nicotine dependence (N07BA), another positively signal observed, showed higher SP for ever exposure (67%) than frequent exposure (≥2 deliveries; 54%), and a similar strength of association (ß = –0.12). Of these drugs, which were equally distributed between nicotine and varenicline users, only frequent exposure to varenicline (N07BA03) emerged (SP, 66.4%; ß = –0.39).

There were several limitations to the study, including the inability to adjust for potential confounding factors such as smoking and physical activity; however, investigators tried to combat this issue by adjusting the analyses for a wide range of covariates available in the SNDS. Additionally, although this study was conducted through a validated machine-learning algorithm, investigators could not rule out the potential for misclassification of some patients with PD. Despite this, the main signal for plain sulfonamide diuretics was reinforced in sensitivity analyses that used a more specific PD definition.

Not previously explored, new findings showed links between antiseizure drug prescriptions and incident PD, with trends towards increased risk in those with greater number of prescription issues and multiple AEDs.

The sensitivity analysis used 29,873 patients with PD with a more specific definition of the disease and the same number of controls. Overall, the analyses yielded similar results seen in the primary analysis, although the signal for plain sulfonamide diuretics was stronger than previously observed in the main analysis (C03CA-ever: SP, 80.4%; ß = ­–0.078; C03CA-frequent: SP, 90.6%; ß = ­–0.229). Notably, the sensitivity analysis identified new signals not found in the main analysisn.

These signals included other emollients and protectives (D02AX-frequent), anti-inflammatory preparations, nonsteroids for topical use (M02AA-frequent), anticholinergics (R03BB-ever) and mucolytics (R05CB-ever). When using the finest level of ATC classification, furosemide demonstrated high SP for both ever (77.0%; ß = –0.086) and frequent (82.6%; ß = –0.191). Both nicotine and varenicline, the 2 main drugs used in nicotine dependence, also showed signals with reduced PD risk. Additionally, the analysis also showed signals for ever exposure to tiotropium bromide (R03BB04) and for ever exposure to direct-acting muscle relaxants (M03C).

"The fact that drugs used in nicotine dependence were inversely associated with PD in our study, even though these drugs are not used frequently, is a strong argument in favor of the validity of our PD case ascertainment method and ML-based signal detection approach," Courtois et al wrote. "Because drugs for nicotine dependence were retained in the models, our analyses are indirectly and partially adjusted for smoking."