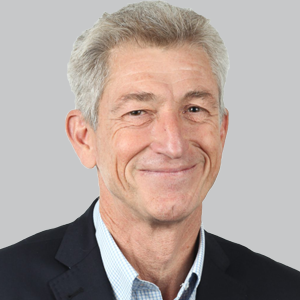 Senior investigator Nick Fox, MD, director, Dementia Research Center, University College London, and colleagues concluded that these results "support plasma GFAP being a biomarker of early AD pathology." They also noted that these findings are consistent with other recent studies that showed GFAP increases being associated with subsequent decline in global cognition, amyloid accumulation, and conversion to dementia.

The study included 50 asymptomatic participants, 23 of which were mutation carriers for FAD and 27 noncarrier matched controls. Participants and study clinicians were blinded to FAD mutation status, which was determined using Sanger sequencing. Estimated years to and from symptom onset (EYO) was calculated by subtracting the age at which the participant’s affected parent first developed progressive cognitive symptoms from the participant’s age at blood sampling. GFAP was log-transformed, with estimated coefficients back-transformed and expressed as multiplicative effects and geometric means.

Regarding the significantly higher plasma GFAP concentrations observed in FAD carriers, the study investigators noted, "these are remarkable differences given this is a blood-based assay." They added, "nonetheless, the overlap between groups, the outliers, and the within-individual variability suggest that plasma GFAP may be most useful in combination with other AD blood biomarkers. This is consistent with recent studies in sporadic AD showing higher diagnostic yield for detecting underlying amyloid/AD pathology when GFAP was used in combination with other plasma markers."

In 2021, notable findings published in JAMA Neurology highlighted the value of plasma GFAP as a sensitive biomarker throughout the entire AD continuum, from preclinical AD to AD dementia. Using a Simoa assay, plasma GFAP levels were found to be significantly higher in individuals with preclinical AD in comparison with cognitive unimpaired amyloid-ß-positive individuals, and were higher among individuals in symptomatic stages of the AD continuum. Furthermore, not only did were plasma GFAP magnitude changes consistently higher than those of cerebrospinal fluid GFAP, but plasma GFAP more accurately discriminated Aß-negative individuals than CSF GFAP (plasma GFAP: area under the curve, 0.69-0.86; CSF GFAP: AUC, 0.59-0.76).2