The publication’s findings were consistent with previous scientific literature suggestive that Alzheimer disease is a multifactorial disease, where several pathways interlink and cause cognitive impairments. 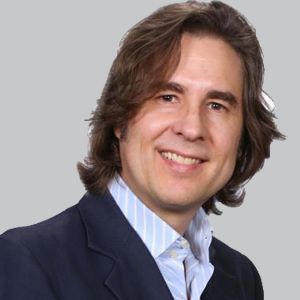 Among the 8 patients with AD who were followed longitudinally, findings showed a widespread increase of SIGMAR1 by 27% and regional reductions in MC1 and SV2A radioligand binding by 28% and 25%, respectively. Additionally, patients demonstrated a 23% reduction in brain volume and 26% reduction in cerebral blood flow (CBF). Longitudinally, over 12 to 18 months, investigators observed progressive reductions of 12% and 5% in BCPP-EF[18F] PET MC1 binding and brain volumes, respectively, suggesting that they could both be used as pharmacodynamic indicators in early-stage therapeutic trials.2

The research, published in the journal Science Translational Medicine, was announced by Anavex Life Sciences, a clinical-stage biopharmaceutical company that currently has 2 agents in development which focus on activating SIGMAR1. Increased SIGMAR1 expression may be an endogenous, compensatory mechanism for the loss of other receptors and proteostasis; however, PET scans of individuals with more advanced AD diagnoses have shown a reduction of SIGMAR1 expression.

"This independent paper provides further evidence of the relevance of sigma-1 receptor activation as a compensatory mechanism to chronic CNS diseases, which is currently being tested in a late-stage placebo-controlled ANAVEX2-73 phase 2b/3 clinical Alzheimer's disease study [NCT03790709] with expected read-out this fall 2022," Christopher U. Missling, PhD, president and chief executive officer, Anavex, said in a statement.1

In the study, 12 patients with early AD and 16 cognitively normal controls had in vivo expression of the endoplasmic reticulum stress marker, SIGMAR1, quantified using SA4503[11C] PET. MC1 was quantified with BCPP-EF[18F], while SV2A was evaluated using UCB-J[11C]. MRI arterial spin labeling was used to measured integrated molecular measures with assessments of regional brain volumes and CBF.

ANAVEX 2-73, also known as blarcamesine, is an investigational small molecule drug candidate designed by Anavex that is currently in development for the treatment of AD, Parkinson disease (PD), and Rett syndrome. It has been tested in several different settings, including in a proof-of-concept phase 2 study (NCT03774459).3 Here, data showed that treatment with blarcamesine resulted in significant (P = .035) mRNA expression of SIGMAR1, which correlated with clinical efficacy as measured by the Cognitive Drug Research (CDR) system Continuity of Attention (P = .029) and CDR system Power of Attention (P = .015), the primary end point. The correlation also remained true on secondary end points such as Movement Disorder Society-Unified Parkinson’s Disease Rating Scale (MDS-UPDRS) Part III (P = .024) and MDS-UPDRS total (P = .038) scores.3

Most recently, in February 2022, blarcamesine continued to show positive results in a phase 3 study (NTC03941444) of patients with Rett syndrome. In that study, dubbed AVATAR, clinically meaningful improvements on Rett Syndrome Behavior Questionnaire area under the curve, the primary end point, were observed in 72.2% of patients on the study drug compared with 38.5% on placebo (P = .037; Cohen d = 1.91). Does of up to 30-mg blarcamesine were safe, well tolerated with good medication compliance of 95%.4

Blarcamesine is currently being evaluated in a pivotal phase 2b/3 study (NCT03790709) of patients with AD, with results expected by mid-2022. The community has been eager to try the agent, as the expected enrollment of 450 patients was exceeded, according to an announcement in July 2021.5 The double-blind, placebo-controlled, 48-week clinical study randomly assigned patients 1:1:1 to 2 different blarcamesine doses or placebo, with changes on Alzheimer’s Disease Assessment Scale-Cognitive and Alzheimer’s Disease Cooperative Study-Activities of Daily Living subscales as primary end points.

Another investigational product, Anavex 3-71, a small molecule agonist of both SIGMAR1 and CHRM1 (Cholinergic Receptor Muscarinic M1), is also being assess for schizophrenia, frontotemporal dementia, and AD. In January 2022, Anavex announced that the agent had met its primary safety end point, as well as its secondary end point, in a phase 1 study of healthy patients. Previously known as AF710B, the therapeutic was well tolerated in all cohorts receiving single doses, ranging from 5 to 200 mg daily.6