New data suggest that peripapillary retinal nerve fiber layer thinning may be an independent and novel risk factor for conversion to multiple sclerosis in those with RIS. 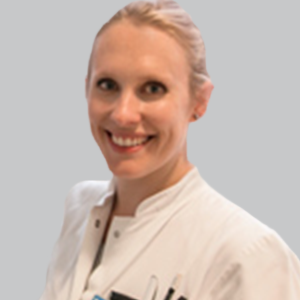 New study results suggest that for those who have radiologically isolated syndrome (RIS), the reduction or thinning of the peripapillary retinal nerve fiber layer (pRNFL) may increase the likelihood of conversion to multiple sclerosis (MS).1

After correction for other known risk factors, Cox proportional hazards regression revealed a hazard ratio (HR) of 1.08 for conversion to MS for each 1 µm decline in pRNFL. The additional Cox proportional hazard regression analysis did not reach significance for GCIPL volume, though the hazard for conversion to MS was 1.09 for each 0.02 mm³ decrease (P = .08; 95% CI, 0.989—1.220).

“Individuals with RIS are at increased risk of converting to MS. Early identification of later converters is crucial for optimal treatment decisions,” Lilian Aly, MD, clinical scientist in the Department of Neurology, Klinikum Rechts der Isar, Technical University of Munich, and colleagues wrote. “The purpose of this study was to assess the predictive potential of OCT measures in individuals with RIS regarding conversion to MS.”

Overall, the work included 2 sets of 36 individuals—those with RIS and healthy controls&mdash;from a pair of German MS centers, who had baseline optical coherence tomography (OCT) and clinical examination, longitudinally followed up to 6 years. In total, 52 eyes from 28 RIS individuals were used for longitudinal OCT analysis and follow-up OCT was available for 36 eyes in 18 healthy controls. Clinical follow&#8208;up was a median of 46 months (interquartile range [IQR], 26—58).

When analyzing longitudinal changes in retinal architecture after baseline examination, those with RIS—irrespective of later conversion&mdash;showed a statistically significant annual loss in pRNFL thickness (-0.60 ±0.92 µm) compared to the control group (0.01 ±0.96 µm; P = .02), as well as GCIPL volume (RIS: -0.01 ±0.03 mm³; HC: 0.0 ± 0.02 mm³; P = .04). This effect, Aly and colleagues noted, was driven mostly by those who converted to MS, and no significant difference between controls and those with a sustained RIS diagnosis who did not convert was observed.

Earlier this year, related work was conducted by Angeliki G. Filippatou, MD, neuroimmunology and neurological infections research fellow, Department of Neurology, Johns Hopkins University, and colleagues, which suggest that in the absence of overt metabolic comorbidities, body mass index (BMI) might be associated with accelerated rates of GCIPL atrophy in patients with MS.2