A cross-sectional analysis of 2 study cohorts suggests that less rapid eye movement sleep is linked with an increased risk of all-cause mortality, which persisted across different causes of death. 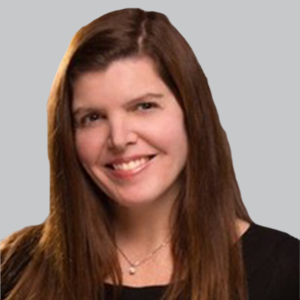 An analysis of a cross-sectional study of more than 4000 patients from the Outcomes of Sleep Disorders in Older Men Sleep Study (MrOS; n = 2675) and Wisconsin Sleep Cohort (WSC; n = 1386) suggests that lower amounts of rapid eye movement (REM) sleep is associated with an increased risk of all-cause mortality in middle-aged and older adults.1

Ultimately, over the 12.1-year period of the MrOS study, which began in 2003, there was a 13% higher mortality rate for every 5% reduction in REM sleep, which was confirmed with the second cohort in the 20.8 years of the WSC study, which began in 1988. The study was conducted by a group of researchers including Eileen B. Leary, PhD, RPSGT, clinical scientist, Jazz Pharmaceuticals.

“A robust association was found between percentage of REM sleep and mortality in 2 independent cohorts, which persisted across different causes of death and multiple sensitivity analyses. Given the complex underlying biologic functions, further studies are required to understand whether the relationship is causal,” Leary et. al wrote. They noted that accelerated brain aging may be a better marker than risk factor for mortality as it could be a cause of less REM sleep, though studies will need to confirm this.

In an accompanying editorial, Michael S. Jaffee, MD; Liza H. Ashbrook, MD; and Milena K. Pavlova, MD, wrote that while these data do not imply a causal relationship, the neurologist community should be aware of them, as it brings into question the possibility that REM sleep could serve as a general health biomarker.2

“Fundamentally, our understanding of the function of REM sleep is still incomplete. In recent years, the role of REM sleep in memory consolidation and synaptic remodeling and pruning has become [clearer],” Jaffee et al. wrote. They clarified since the understood roles of REM sleep do not clearly suggest there is a causal link with mortality, “it seems more likely that REM sleep reduction is either a crude marker of health or specific disease states that decrease REM sleep may play an important role in contributing to mortality.”

“Sensitivity analyses showed findings persisted in subgroups with sleep duration between 5—8 and 6–8 hours (except cancer), without depression, severe sleep apnea, and in those not using medications that may affect REM,” Leary and colleagues noted. “In sum, decreased REM sleep was an indicator of mortality risk across a broad age range, which is consistent with the study evaluating REM sleep and mortality in the Sleep Heart Health Study. When stratified by sex, there was a higher rate of all-cause mortality in women compared with men.”