Findings from SANAD II have suggested that levetiracetam is inferior to valproate in time to 12-month and 24-month remission in patients with generalized or unclassified epilepsy. 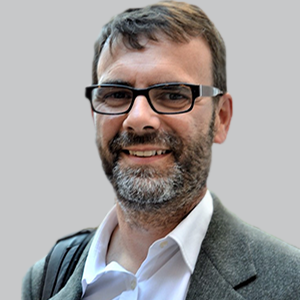 The study was led by Tony Marson, MBChB, MD, FRCP, professor of neurology, University of Liverpool. He and the other investigators noted that “Treatment choice in newly diagnosed epilepsy should be informed by randomized trials assessing longer-term effectiveness, yet few such trials have been undertaken. The study of Standard and New Antiepileptic Drugs II assessed the longer term clinical and cost-effectiveness of levetiracetam and valproate in newly diagnosed generalized and unclassified epilepsy.”

Altogether, the randomized, unblinded, controlled trial compared policies of starting treatment with levetiracetam or valproate in patients aged 5 years or older. There were 520 patients enrolled between April 2013 and August 2016 for the SANAD II study, including a 2-year follow-up period. Of those, 396 patients had generalized epilepsy while the other 124 patients had unclassified epilepsy.

Previously, in the original SANAD study, which assessed valproate compared to other therapies in 716 patients, it was shown to be better tolerated than topiramate as well as more efficacious than lamotrigine. Marson and colleagues noted that based on the data in SANAD I that valproate “should remain the drug of first choice for many patients with generalized and unclassified epilepsies.” Although, they did note that due to the potential AEs that can occur with valproate during pregnancy, the benefits for seizure control in women of childbearing years should be considered.2

Although, some have criticized the original SANAD reports in the literature, notably Chrysostomos P. Panayiotopoulos MD, PhD, FRCP, who wrote in a 2007 correspondence in the Lancet that “the only lesson to be learned from SANAD is that carbamazepine should be more slowly titrated and should not be used for generalized epilepsies” and that the reports “are unacceptable in their methods and in their proposals on the use of antiepileptic drugs in clinical practice.”3