For both surgical and nonsurgical patients, delirium may play a role as an independent risk factor for long-term cognitive decline, implying that the reduction of the former may improve the latter. 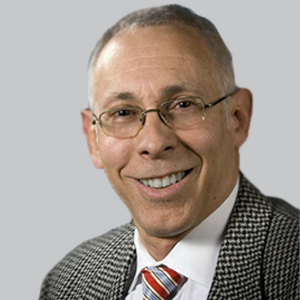 A meta-analysis of more than 20 studies showed that delirium is significantly associated with long-term cognitive decline for both surgical and nonsurgical patients 3 or months or longer after the delirium episode. The data suggest that additional research to yield reductions in delirium would, in turn, aid in improving post-delirium cognitive decline.

Conducted by Terry E. Goldberg, PhD, professor of medical psychology, NewYork-Presbyterian/Columbia Hospital, and colleagues, the results showed a Hedges g effect size of 0.45 (95% CI, 0.34—0.57; P&thinsp;<.001) for the magnitude of cognitive decline in those who experienced delirium. In all the included studies, the group that experienced delirium had worse cognition at the final time point (effect size range, >0.80 to 0.15). The authors noted that these data imply that delirium is an obvious target to improve population health from a public health standpoint.

“Delirium is robustly associated with increases in mortality and, as shown here, long-term cognitive decline,” Goldberg et al. wrote. “Assuming that delirium complicates stay in about 20% of those 11.8 million individuals older than 65 years who are hospitalized per year, costs attributable to delirium may be between $143 billion and $152 billion owing to longer hospital stays, outpatient visits, nursing home care, and rehabilitation. Reduction in delirium incidence would have salutary effects in this demographic.”

The analysis included 24 studies, consisting of 3562 patients who experienced delirium and 6987 controls who did not, though 1 study (n = 180) was excluded due to its OR greater than 41—an order of magnitude greater than any other study in the analysis. Goldberg et al. planned for the main outcome of magnitude of cognitive decline in Hedges g effect size in the delirium groups, contrasted with those who did not have delirium.

The findings are in contrast to what Goldberg et al. called the “widespread view” that postoperative delirium is not a risk factor for cognitive decline but is instead an epiphenomenon of presurgical cognitive compromise.

“These results, while consistent with the hypothesis that delirium may play a causative role in long-term cognitive decline after such an episode, are not conclusive, given difficulties with establishing causality in observational studies,” Goldberg et al. wrote. They noted that data from prospective randomized clinical trials—though difficult to implement&mdash;might aid in resolving the issue. These trials would require the manipulation of delirium, with an outcome of long-term cognition.

The group noted that a number of approaches aimed at reducing delirium incidence have been implemented, ranging from systematic environmental approaches—such as orientation, sleep-wake cycle regularity, glasses and hearing aids, and promotion of mobility&mdash;to medications. Prophylactic approached, however, such as anti-inflammatory drugs, cognitive-enhancing drugs, or cognitive training, have been less frequently attempted.