The case-control study identified numerous motor symptoms and signals that are associated with Parkinson disease diagnosis years after they begin to occur. 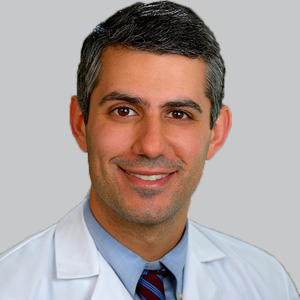 Using Medicare-linked data from the National Health and Aging Trends Study (NHATS), recently published findings found an association between motor symptoms and unrecognized Parkinson disease (PD) that was seen up to 3 years before diagnosis.1

"While symptoms at baseline may reflect parkinsonism, their presence years prior to diagnosis supports literature suggesting that MPSs are also symptomatic and the argument that PPD should be recognized as a disease stage in its own right, for which identification will be important for disease-modifying intervention," Senior investigator Ali G. Hamedani, MD, MHS, assistant professor of neurology, Hospital of the University of Pennsylvania, and colleagues, wrote. "Alternatively, it is possible that responses represented undiagnosed PD, which would indicate that in the US, diagnosis is delayed by years."

The investigators aimed to evaluate whether functional limitations exist in individuals with PD prior to diagnosis compared with the general population. To do so, 6674 participants aged 65 and older were assessed on responses to survey questions addressing dexterity, eating, mobility, mood, pain, sleep, speech, strength, and vision. Patients included in the study had complete Medicare Part A and B eligibility and had no codes for atypical parkinsonian disorders or drug-induced or vascular parkinsonism in the 2 or more consecutive years before the first qualifying diagnosis.

Demographics, including age groups split by years of 4, and gender, were collected. Investigators analyzed patients at baseline and the 3 years following up. Prodromal PD and PD prevalence varied from 3492 to 5049 participants, and overall, 56 individuals with newly diagnosed PD were identified for whom survey data was available between 1 and 3 years prior to diagnosis. The percentage of females varied from 48.21% to 59.98% across all years, with similar proportions among cases and controls.

"These findings are of particular interest as they point to functional impairments preceding PD diagnosis, whether these individuals are presumed to be in a prodromal state or instead to have a delayed diagnosis of PD. Moreover, the study raises the intriguing question of whether motor dysfunction occurs earlier than typically understood in PD,” Ian O. Bledsoe, MD, MS, et al, wrote in a related editorial. “Strengths of the study include the use of prospectively collected data that increase the accuracy of ascertaining the timing of diagnosis as opposed to relying on recall, which can have associated biases. Additionally, this was a broad, population-based sample, which increases generalizability of findings."2

Other motor symptoms such as fear of falling, speech difficulty, and inability to stand independently from kneeling or to lift a heavy object overhead were also associated with PD prior to diagnosis. Additionally, investigators observed similar findings for other symptoms such as anhedonia, inability to walk 6 blocks or up to 20 steps, dysphagia, pain, leg weakness, fatigue, and imbalance.