Despite previous case series suggesting that undergoing surgery may increase the risk of multiple sclerosis relapse, retrospective analysis of more than 600 surgeries undergone by patients with progressive and relapsing MS now proposes that the risk of relapse is not high in the postoperative period. 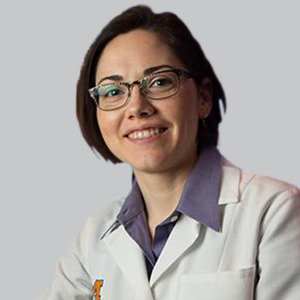 For patients with multiple sclerosis (MS), undergoing surgery and being administered anesthesia does not appear to increase the risk of postoperative relapse, according to the findings of a retrospective study.

Despite the concern among patients with MS and their providers of relapsing after undergoing surgery, investigators reviewed medical records from 281 patients from 2000 to 2016, in which they underwent 609 surgeries. Only 12 postoperative relapses were identified, and the unadjusted odds ratio (OR) was ultimately shown to be 0.56 (95% CI, 0.18—1.79; P = .33).

“The perception that MS patients are at an increased risk of relapse following anesthesia administration and surgery can impact clinical decision making, resulting in delays of necessary surgery and neurology consultation for preoperative clearance,” lead author Lindsey B. Delott, MD, assistant professor, ophthalmology and neurology, Kellogg Eye Center, University of Michigan, and colleagues wrote. “To our knowledge, no prior studies have systematically investigated the role of surgery or anesthesia administration on relapse risk.”

To this point, Delott and colleagues wrote, evidence of relapses brought on from surgery or anesthesia has been limited to case series, which collectively reported the outcomes of 20 surgeries undergone by 15 patients. The investigators pointed out that in those works, postoperative neurologic deterioration was reported after 10 surgeries, with 6 occurring alongside postoperative fever.

“As fever can temporarily worsen MS deficits in the absence of new lesion formation, we excluded all cases of neurological worsening occurring in the setting of postoperative infection. A similar approach was employed in a recent obstetrical study of MS patients and found no association between epidural anesthesia or delivery type (vaginal vs cesarean) and MS relapse risk,” the investigators wrote.

In this current study, of the full cohort of surgeries, 311 were deemed major and 299 minor. The mean patient age was 49 years (standard deviation, 9.9 years; range, 18 to 75 years). As a note, the age of the population was deemed a limitation, as it may have had an influence on relapse rates. The crude estimate of the pre- and postoperative annualized relapse rates were 7.1% and 5.5% per patient per year, respectively.

“These findings suggest that MS patients are unlikely to be an increased risk of relapse following surgery requiring anesthesia,” Delott et al. detailed. “Although larger, confirmatory studies are necessary, our data challenge long-standing assumptions regarding postoperative relapse risk for individuals with MS and could inform decision making.”

Although perioperative disease-modifying therapy (DMT) use was not recorded—which Delott and colleagues considered a limitation of the work&mdash;138 patients were not using a DMT prior to surgery and 143 were using a DMT in the preoperative period.