Through surveys and an international meeting, the International Society for CNS Clinical Trials Methodology developed consensus criteria for NCD-specific apathy. 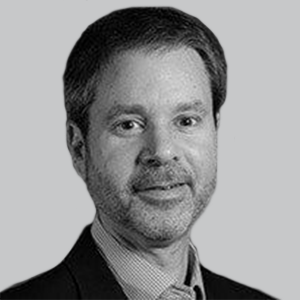 An expert group finalized criteria for NCD apathy that reached more than 80% agreement in a consensus survey. These criteria were defined as significant functional impairment not exclusively explained by other etiologies and resulting from diminished initiative, diminished interest, or diminished emotional expression/responsiveness. Symptoms must be a change from the patient's usual behavior and persistent or frequently recurrent over at least 4 weeks in people with NCD.

Miler, along with the AWG, sought to determine NCD-specific diagnostic criteria for apathy, a common symptom of NCD. They used the 2018 Revised Diagnostic Criteria as an initial framework for their own principles. They used a 5-step modified Delphi methodology: 1. literature review; 2. preliminary survey; 3. preliminary international meeting (to define criteria); 4. consensus survey; and 5. final international meeting (to finalize consensus criteria).

Through the literature review, the investigators decided to keep the cognitive and behavioral domains separate for NCD and to not introduce a social withdrawal domain. The preliminary survey suggested that NCD-specific apathy diagnostic criteria are important for research and clinical practice. Issues raised during the survey were raised at the international meeting.

The survey found that 85.9% of respondents agreed with criterion A: “The patient meets criteria for mild or major neurocognitive disorder (e.g.: AD, FTD, DLB, vascular dementia, a pre-dementia cognitive impairment syndrome such as mild cognitive impairment, prodromal AD, subjective cognitive impairment, or other cognitive disorder).” Similarly, 88.1% agreed with criterion C: “These symptoms cause clinically significant impairment in personal, social, occupational, and/or other important areas of functioning,” and criterion D: “These symptoms are not exclusively explained by physical disabilities, motor disabilities, diminished level of consciousness, or the direct physiological effects of a substance.”

The authors concluded by stressing the limitations of posing diagnostic criteria for apathy and other neuropsychiatric symptoms, as they often occur in close conjunction with each other and may be difficult to isolate. “Updated criteria may not address all issues regarding the identification, assessment, and treatment of apathy and this would be an oversimplification of the complexity of the apathy construct. Nevertheless, criteria will help consistently define a population of patients suffering from a clinically significant syndrome, even in the presence of differing underlying diseases,” Miller and colleagues concluded.