Identified by Mayo Clinic investigators, the protein-coding gene SERPINA5 was found to be associated with tau expression, characteristic of Alzheimer disease pathology. 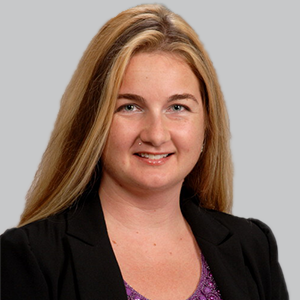 Investigators from Mayo Clinic recently published a paper in Nature Communications, the findings of which suggest that the protein-coding gene SERPINA5 is associated with tau expression in the brain, which are a characteristic of Alzheimer disease (AD). Ultimately, by combining clinical expertise, brain tissue samples, pathology expertise, and artificial intelligence (AI), the team clarified and validated the relevance of the gene to AD, and the data suggest that the gene may worsen tau tangles.1

Led by Melissa Murray, PhD, translational neuropathologist, Mayo Clinic, the research assessed tissue samples from 385 brains donated to the Mayo Clinic Brain Bank, which contained more than 9000 brain tissue specimens to clarify and validate the relevance of the gene to AD. "We were able to look at an entire disease spectrum and find gene changes that may really influence the hippocampus, the brain's memory center. That means we may have targets that indicate why some people have relative preservation and some people have relative exacerbation of memory loss symptoms,” Murray said in a statement.2

The brain tissue samples were used to classify the pattern of protein tangles associated with AD. Then Murray et al. used digital pathology and RNA sequencing to identify gene expression in the samples, which effectively measures gene changes responsible for instructing proteins.

They examined the biological significance of 44 prioritized genes and expanded the gene expression studies from 55 hippocampi, evaluated using RNA-Seq, to 190 hippocampi, evaluated using the NanoString nCounter platform, after which they ended with a final cohort of 182 AD cases and controls. Gene expression levels derived from RNA-Seq and NanoString platforms showed a high degree of correlation

"Much of the focus of therapeutics is on abnormal proteins—amyloid and tau—used to biologically define Alzheimer's disease," Murray said. "But we hope to take a step back to look at a new interacting partner that may be actually accelerating tau or pushing tau accumulation past the tipping point."

The Mayo team was recently awarded a grant by the state of Florida to ensure the findings are broadly applicable across an ethno-racially diverse AD cohort, as the need for more research to clarify the relevance of gene expression changes on hippocampal vulnerability may be important in preserving memory loss in AD. Murray noted in a statement that by beginning and ending with the human brain, they hope the findings will offer a deeper level of understanding that helps advance findings to clinical trials faster.

"While we have direct evidence of SERPINA5 in the context of Alzheimer, SERPINA3 in this same family of genes has also been looked at in Alzheimer, and SERPINA1 in ALS. I think it's about collective awareness and paying attention to this group of proteins," Murray said.