Neurorehabilitation Outcomes Similar for Patients With and Without Poststroke Seizures

An assessment of 230 poststroke patients determined that neurorehabilitation outcomes and length of stay did not differ between those with poststroke epileptic seizures and those without. 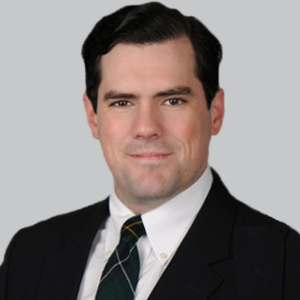 According to the findings of a retrospective analysis, epileptic seizures occurring after a stroke are not necessarily a predictor of worse outcomes during rehabilitation.1

All told, 18.3% (n = 42) of patients in the study experienced poststroke seizures during their hospitalization. The findings indicated that the development of an algorithm to better detect and treat seizures that occur in rehabilitation clinics, however, is still sorely needed.

Data from the study were presented in a poster at the 2019 International Epilepsy Congress, June 22-26, in Bangkok, Thailand.

The investigators, including Fraser Henderson Jr, MD, department of neurosurgery, Medical University of South Carolina, noted that suffering a seizure during a rehabilitation stay can impact the parameters of the rehabilitation period, including its length. A comparison was done between the length of stay at the regional neurorehabilitation center and Barthel Index score at admission and discharge between patients with and without seizures.

The patients included in this study were highly comorbid, which also affected the parameters. In total, 230 patients were identified in the early neurorehabilitation clinic between January 2017 and December 2018, with severe neurologic deficits as measured by a Barthel Index score <35 points.

Of the 42 patients who suffered poststroke seizures, 73.8% (n = 31) had their first seizure occur during the initial hospitalization period while the patient was in the stroke unit. Upon arrival at the center, 26.2% (n = 11) suffered seizures. Of those 11, 4 deteriorated and were transferred to an acute care hospital. In a single instance, the transfer was due to drug-refractory status epilepticus. The other 3 patients deteriorated due to systemic causes, including septic shock and respiratory insufficiency, though none were deemed related to their epileptic seizures.

Patients were treated with antiepileptic medication, levetiracetam, and all patients entered the interdisciplinary rehabilitation program, which included early mobilization, physiotherapy, occupational therapy, and cognitive training to prevent lengthier hospitalization and decrease the risk of immobilization. Of those patients who were not transferred, none showed recurrence of seizures.

“Seizures occur commonly at a similar rate as described in previous studies in poststroke patients, but medical management is effective among elderly neurorehabilitation patients,” they concluded. A prospective and multicenter study to further analyze the specific needs of these patients as well as the impact of rehabilitation on patients with poststroke seizures is underway.