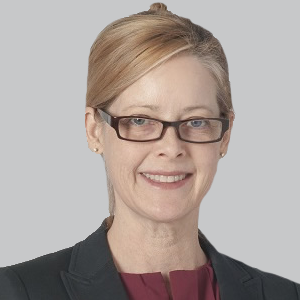 In an effort to discern dementia with Lewy bodies (DLB) from Alzheimer disease (AD), researchers at Cleveland Clinic conducted a study that compared cerebrospinal fluid (CSF) levels on markers of soluble triggering receptor expressed on myeloid 2 cells (sTREM2) and glial fibrillary acidic protein (GFAP). The 2 promising markers, along with α-synuclein, were observed in a cohort of 313 patients with various diagnoses of AD, DLB, mild cognitive impairment (MCI), Parkinson disease, and cognitively normal controls.

Presented at the 2022 Alzheimer’s Association International Conference, July 31 to August 4, in San Diego, California, the findings showed that inflammatory markers—such as CSF sTREM2, GFAP, and α-synuclein—are altered in both AD and DLB. Significant differences (P <.0001) for sTREM2 were found for cognitively normal vs DLB and AD vs DLB, as well as significant differences for α-synuclein for cognitively normal vs DLB. For α-synuclein and sTREM2, the entirety of each of the cohorts were found to be strongly correlated (P <.0001), driven by the significant correlation for all the patient groups except cognitively normal.

As part of a new iteration of NeuroVoices, NeurologyLive® sat down with senior investigator Lynn Bekris, PhD. Bekris, a molecular biologist at Cleveland Clinic’s Lerner Research Institute, provided insight on the reasons for the study, what the findings indicate, and how myeloid and astrocyte markers can further distinguish cognitive stages and trajectories.

NeurologyLive®: How did this study come about, and what were the biggest take-home points?

From some of our previous findings, we suspected that biomarkers of inflammation differ by different pathologies—by amyloid and tau, which is an Alzheimer-related pathology, and then others such as α-synuclein, which is a marker for dementia with Lewy bodies. Although both GFAP and sTREM2 are elevated in AD and ADRD, little is known about the relationship between the two of these. We wanted to know if the relationship between GFAP and sTREM2 differ between these dementia groups. We thought that this might tell us whether a particular disease group might have more astrocyte versus microglia pathology.

Did the findings provide more insight on the biomarkers or cognitive stages themselves?

I think it's about both. It's a mix of both of those things. It's about characterizing biomarkers of the inflammatory response that is specific to AD or ADRD, or disease type, but it's also about characterizing the inflammatory response in the early stages, the mild cognitive impairment stage. Soluble triggering receptor expressed on myeloid cells type two, or sTREM2 is elevated in cerebrospinal fluid from patients with AD, so we think of it as a biomarker of myeloid cell activity, or microglia activity, while glial fibrillary acidic protein, or GFAP, is an astrocytic activity marker that is linked to astrogliosis in a number of neurological disorders. It has been reported as elevated in cerebral spinal fluid in AD and ADRD.

We wanted to address the question of whether these biomarkers can change early and the mild cognitive impairment stage, and if so, this would suggest that inflammation is occurring early in the disease process. So yes, we were looking at stage, but also, if sTREM2 or GFAP are associated with a specific pathology, such as α-synuclein, amyloid or tau. This then might suggest that a specific type of inflammation is present when a specific type or stage of pathology is present.

In the mild cognitive impairment stage, were you surprised to see higher levels of α-synuclein and GFAP?

It was not unexpected; we weren't really shocked by that. The sTREM2 to GFAP ratio was observed as lower in the MCI stage, and GFAP was significantly higher in the MCI stage compared to the other groups. This ratio probably reflects the lower sTREM2 relative to GFAP. The finding was not really a shock to us since also, the elevation of GFAP has been observed by other researchers and multiple neurodegenerative diseases.

We were we were more surprised by the significance of it. That was interesting to us, but it's interesting in the context of a lack of correlation between GFAP in sTREM2 that was observed. This could be because sTREM2 is altered when other biomarkers are altered, such as GFAP or α-synuclein. So, to understand whether these biomarkers are associated with each other in this cohort, we did a correlation analysis. The really interesting finding, I think, is the significant correlation between α-synuclein, and sTREM2 in CSF in all of the disease groups, but not in the controls. This suggests that when α-synuclein increases, there is a corresponding increase in sTREM2, too, which is novel information. We were a bit shocked by that part of it.