A prospective, cross-sectional assessment suggests that patients with DMD can be adequately assessed for cognition in a brief period of time using the NIHTB&#8208;CB, and additionally suggested a cognitive vulnerability in mothers who were carriers of DMD mutation. 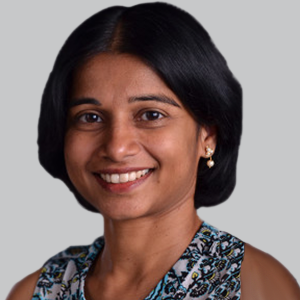 In combination with a pair of self-reported assessments, the National Institutes of Health Toolbox Cognition Battery (NIHTB&#8208;CB) shows potential as a sensitive screening tool for cognitive surveillance in patients with Duchenne muscular dystrophy (DMD).1

Patients scores were 1.5 standard deviations (SD) below the Fluid Cognition age-corrected norms, and they had higher T-scores in several domains of Behavior Rating Inventory of Executive Functioning (BRIEF), as completed by the parent, suggesting greater difficulty. Their performances were consistent with expectations for their respective ages in Crystalized Cognition.

For patients with DMD, cognitive health is adequately evaluated in fewer than 25% of patients, the authors noted. This pilot study chose the NIHTB-CB due to 5 key factors: the availability of population&#8208;normed data, its assessment across the life&#8208;span, the ability to control for education for adults or maternal education for children, its portability (it is available as an iPad&#8208;app), and its approximate 30-minute assessment duration.

“Our data indicate that the NIHTB&#8208;CB identifies cognitive domains specifically affected in DMD,” Thangarajh and colleagues wrote. “Notably, while children with DMD mutations had overall average scores, the NIHTB&#8208;CB was able to discriminate between relative strengths and weaknesses.”

Overall, biological mothers had average or above-average T scores on the NIHTB&#8208;CB, and those who were carriers of DMD mutation performing lower compared to those without (Cohen’s d = −1.1). Twenty&#8208;one mothers rated their own perceived cognitive functioning on the Neuro Quality&#8208;of&#8208;Life (NeuroQoL), with a mean score of 49 (SD, 7.5), within the expected score range for adults.

“A novel finding of our study is the observed cognitive vulnerability in carriers of DMD mutation,” Thangarajh and colleagues wrote. “In particular, women carriers of DMD performed lowest in the task of working memory and attention, compared to noncarrier mothers on population&#8208;normed data.”

Thangarajh et al. also pointed out that none of the biological mothers self-reported any cognitive alarms, as their scores on performance-based tasks suggested normal cognitive reserve. Ultimately, though, they performed “sub&#8208;par compared to noncarrier women drawn for this same study.” Mothers completed self&#8208;reports of BRIEF and NeuroQoL Cognitive Function, for which they scored within expected score ranges for adults. Those who were carriers were below average (SD, 1.5) in executive function, measured by Flanker Inhibitory Control and Attention.