Patients who received tirofiban did not differ from placebo in terms of 90-day outcomes, and they showed an increased incidence of symptomatic intracranial hemorrhage. 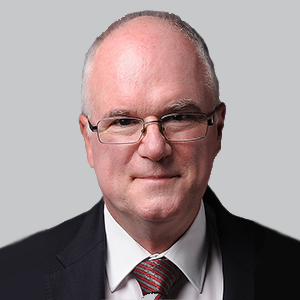 Data from the RESCUE-BT randomized, double-blind, placebo-controlled trial showed that the addition of intravenous tirofiban prior to endovascular thrombectomy (EVT) did not impact disability severity for those with large vessel occlusion (LVO) acute ischemic stroke. Therefore, the investigators concluded that the findings do not support the use of tirofiban before EVT for treating acute ischemic stroke.1

The study included 948 participants who received either tirofiban (n = 463), a highly selective nonpeptide antagonist of glycoprotein 2b/3a receptor, or placebo (n = 485) before undergoing EVT. All patients completed the trial, with 90-day modified Rankin Scale (mRS) scores of 3 (IQR, 1-4) and 3 (IQR, 1-4) recorded in both the tirofiban and placebo groups, respectively. The adjusted common odds ratio (OR) for a favorable shift to a lower mRS score at 90 days comparing tirofiban with placebo was 1.08 (95% CI, 0.86-1.36; P = .50).

In an analysis by stroke etiology, there was a more favorable point estimate for tirofiban among the large artery atherosclerosis subgroup, but not in the nonlarge artery atherosclerosis subgroup; however, results for the test for indication were not statistically significant (adjusted common OR for less disability, 1.40 [95% CI, 1.00-1.97]; vs 0.84 [95% CI, 0.62-1.15]; P = .09).

"These results do not support the routine use of intravenous tirofiban as an adjuvant to thrombectomy in a ‘late’ time window (beyond guideline-recommended use of thrombolysis treatment within 4.5 hours after symptom onset) after acute ischemic stroke," Craig S. Anderson, MD, PhD, professor of neurology, UNSW Syndey, wrote in a related editorial.2 "Given that any delay in symptom onset to treatment timereduces the likelihood of a good outcome from large vessel occlusion, it is reassuring that both randomized groups achieved high rates of recanalization (>90%) with a single-pass application of a range of approaches and devices. Any potential modest benefit of tirofiban in the large artery atherosclerosis subgroup was counterbalanced by the overall risk of serious bleeding as the single major complication of thrombectomy."

Previous studies have shown that tirofiban can reduce the risk of thrombotic complications during percutaneous coronary intervention; however, most of the data evaluating the agent as an adjunctive in LVO stroke has been inconsistent. Until RESCUE-BT, no randomized trial had assessed the role of tirofiban in EVT of acute ischemic stroke. In this investigator-initiated trial, patients had National Institutes of Health Stroke Scale scores of 30 or less, Alberta Stroke Program Early CT Score of 6 or more, and occlusion of the intracranial carotid artery or the first or second segment of the middle cerebral artery.

There were several secondary technical efficacy outcomes, including substantial reperfusion on initial DSA prior to EVT, substantial reperfusion at final angiogram, rescue drug use, recanalization on follow-up CTA or MRA within 48 hours, as well as secondary safety outcomes such as any radiologic intracranial hemorrhage or mortality at 90 days. For all 6 of the secondary clinical efficacy outcomes, no statistically significant difference was observed. For example, 36.3% of the tirofiban group and 32.4% of those on placebo didn’t have disability or returned to their premorbid mRS score (difference, 3.9% [95% CI, –2.1% to 10%]; adjusted OR, 1.21 [95% CI, 0.91-1.62]).