In a late-breaking presentation in ECTRIMS, data from the MSBase international registry was suggestive of higher disability accumulation risk compared with those who did not experience relapse, in both treated and untreated patients with MS. 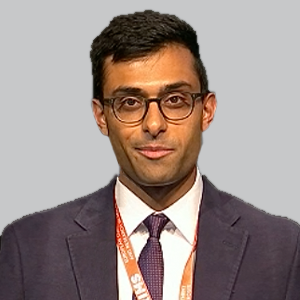 New prospectively collected data from the MSBase international registry suggest that early and nondisabling multiple sclerosis (MS) relapses are associated with a higher risk of disability accumulation in individuals with relapsing remitting MS, implying a critical need to take such nondisabling relapses into consideration during the treatment decision-making process.1

All told, compared with those who did not experience relapses during the 2 years following a diagnosis of relapsing-remitting MS, those who were untreated (n = 285) and reported nondisabling relapses had a marginally increased risk of disability accumulation—defined as an increase in Expanded Disability Status Scale (EDSS) score of 1.0, 1.5 if the baseline EDSS score was 0, or 0.5 if the baseline EDSS score was greater than 5. The HR for this accumulation was 1.29 (95% CI, 1.00-1.68).

Among those treated with platform disease-modifying therapies (DMTs) who experienced nondisabling relapses (n = 1074) also had a significantly increased risk of disability accumulation compared with those who experienced no relapses within 2 years post-diagnosis of relapsing MS (n = 7262), for an HR of 1.33 (95% CI, 1.15-1.54). The platform DMTs included interferon-beta, glatiramer acetate, dimethyl fumarate (Vumerity; Biogen), and teriflunomide (Aubagio; Sanofi).

The data were presented in a late-breaking session at the 38th Congress of the European Committee for Treatment and Research in Multiple Sclerosis (ECTRIMS), October 26-28, in Amsterdam, the Netherlands, by Cyrus Daruwalla, MD, neurology research fellow, Department of Clinical Neurosciences, University of Cambridge, and Addenbrooke’s Hospital, and colleagues. “We designed this project because regulators, including the EMA, restrict the use of certain DMTs to only those with disabling relapses. In particular, natalizumab and fingolimod can only be used as the first-line therapy for people with rapidly evolving, severe MS, which includes having 2 disabling relapses in a year,” Daruwalla said.

“In clinic, when we see somebody who has a nondisabling relapse, we’re left with the question of what is the prognostic significance of that relapse, and how should it influence treatment decisions,” he added.

Notably, among patients who were treated with high-efficacy DMTs—including monoclonal antibodies, sphingosphine-1 phosphate modulators, and haemopoietic stem cell transplantation—there was no difference between the groups of those who experienced nondisabling relapses and those who did not experience them (HR, 0.90; 95% CI, 0.71-1.13).

“In part, this may be accounted for by the smaller numbers and less power for this analysis,” Daruwalla said. “Some limitations of this study include that relapse severity was not assessed in a standardized way; however, the clinicians’ impression of severity reflects real-world clinical practice, and we also included the treatment center in our models in order to mitigate between-center differences.”

In this assessment, relapse severity was defined by participating clinicians on a 3-point scale—mild, meaning they did not limit activities of daily living; moderate, meaning they did limit activities of daily living; and severe, meaning they required hospitalization—in which “mild” severity was determined to be nondisabling. The investigators noted that to mitigate the confounding effect of DMT use, analyses were performed for the untreated group, and then in those who received only platform therapies, both during follow-up.

“In conclusion, early nondisabling relapses are associated with a higher risk of disability accumulation than no early relapses in people with relapsing-remitting MS,” Daruwalla said. This association was not seen in people treated with high-efficacy DMTs, and therefore, contrary to EMA guidance, nondisabling relapses should be considered in decisions to initiate or escalate treatment, including with high-efficacy therapies.”