The investgators noted that the absences before the tonic-clonic convulsions can be as short as 5 seconds, suggesting they may be more frequently occurring than those being observed or reported. 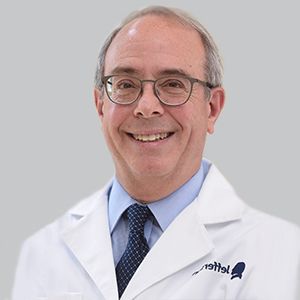 A recent analysis of 4 large video-electroencephalography (EEG) databases confirmed that the newly coined “absence-to-bilateral tonic-clonic seizures” (ABTCS) are indeed a novel type of generalized seizures that clinicians should be aware of.

Conducted by Michael R. Sperling, MD, the Baldwin Keyes Professor of Neurology and director, Jefferson Comprehensive Epilepsy Center at Thomas Jefferson University, and colleagues, the investigators identified recordings of 12 seizures in 12 patients that started with impaired awareness, and without returning to a baseline interictal state, progressed to generalized tonic-clonic seizures.

All of the seizures began with impaired awareness—in 2 patients lasting more than 30 minutes and 1 patient lasting 6 minutes&mdash;lasting between 28 seconds and 5 minutes (median, 10 seconds; interquartile range [IQR], 7—15).

During the period of impaired awareness, bursts of bilateral generalized epileptiform discharges were observed on the EEG recordings. Of the 12 patients, 4 experienced generalized spike-wave discharges and 8 experienced mixed spike, polyspike, and slow-wave discharges. Half of the cohort had irregular bursts while the others showed rhythmic bursts between 2.5 and 4 Hz.

“Although we only identified 12 patients with ABTC seizures, it seems probable that this seizure type is more frequent, since the absences preceding the tonic-clonic seizure can be very short (as little as 5 seconds), so it might go unnoticed unless seizures are recorded with video-EEG,” Sperling et al. wrote. “As patients with [idiopathic/genetic generalized epilepsy; IGE] usually respond well to therapy and are rarely evaluated with video-EEG monitoring, it is more difficult to detect this seizure type. How often it occurs remains to be determined.”

The group noted that absence seizures reflecting improper function of thalamocortical networks and literature suggests that spike-wave bursts reflecting widespread and synchronized firing of neurons in cortex and thalamus. As well, they acknowledged that a recent study in Genetic Absence Epilepsy Rats from Strasbourg from McCafferty et al. implied that these seizures are maintained through the bidirectional activation of cortico-thalamo-cortical circuits, a process dependent on calcium T-channel activation and driven by cortical and reticular thalamic neurons.

“Treatment approaches might best focus on preventing initiation of absences, which are the trigger for convulsive activity,” Sperling and colleagues wrote, adding that “Should tonic-clonic seizures prove refractory to ordinary therapy in these patients, one might consider targeting T-channel mechanisms; this approach would need to be tested to determine efficacy.”

Sperling recently conducted a case overview of a 16-year-old male diagnosed with IGE as part of a NeurologyLive Insights series called "Case-Based Insights: Expert Perspectives on the Treatment of Epilepsy." Watch him review the diagnosis below. To check out the whole series, click here.