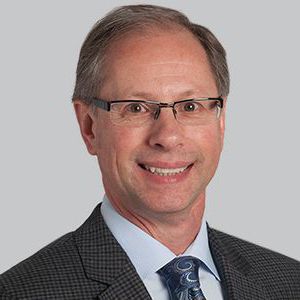 "We were pleased that the study's initial results showed efficacy in patients with progressive MS," lead investigator Jeffrey Cohen, MD, director, Mellen Center for MS Treatment and Research, Cleveland Clinic, said in a statement.1 "There are both promising biological and preliminary clinical signals of a treatment effect that will require confirmation in a randomized trial."

A total of 20 participants, aged 18 to 65 years, were enrolled into the phase 2 trial, with 17 receiving all 3 scheduled NurOwn treatments. Eligible participants had no relapse for 6 months prior to screening, baseline Expanded Disability Status Scale (EDSS) scores between 3.0 and 6.5, and had the ability to walk 25 feet in 60 seconds or less. After an approximate 10-week pre-treatment period that included an outpatient bone marrow aspiration to obtain mesenchymal cells for manufacturing, patients received intrathecal administrations of autologous MSC-NTF cells at weeks 0, 8, and 16, followed by a 12-week post-treatment observation period.

Of the 20 participants included, 2 discontinued because of procedure-related adverse events, including feeling cold, muscle weakness, and pyrexia in 1 patient and arachnoiditis in another. Two treated participants developed symptoms of low back and leg pain, considered serious treatment-emergent adverse events, and consistent with a diagnosis of arachnoiditis. Both participants were treated with epidural cortisone injections and analgesics, and the symptoms completely resolved in 1 participant, who subsequently completed the third intrathecal treatment without the AE recurring. In the second case, the symptoms occurred only after the third intrathecal treatment and did not fully resolve.

In total, 19% (3 of 16) of pooled participants reached a clinical response of 25% or greater in T25FW speed or 9HPT. In contrast, less than 5% of the matched CLIMB cohort achieved any of these pre-specified outcomes. Although data for MSWS were not collected by the CLIMB registry, 38% (6 of 16) of NurOwn-treated patients showed at least a 10-point improvement from baseline in the 12-item MSWS. Additionally, 77% (10 of 15) of patients showed at least a 3-point improvement in the SDMT.

Results from a study provide a link between the association of multiple sclerosis and Epstein-Barr virus which could pave the way in the future for the development of new MS therapies.

"Having these data peer reviewed and published in the prestigious Multiple Sclerosis Journal is an important step in the evaluation of NurOwn in progressive MS," Chaim Lebovits, chief executive officer, BrainStorm Cell Therapeutics, said in a statement.1 "Thanks to their efforts and those of the BrainStorm team, we believe we are closer to providing a meaningful treatment option for those with progressive MS."

Continued results from secondary and exploratory efficacy end points showed that 47% (7 of 15) of the treated cohort had at least an 8-letter improvement in LCLA at the 1.25% contrast threshold, and 27% (4 of 15) showed at least an 8-letter improvement at a 2.5% contrast threshold. None of the participants with baseline EDSS scores less than 5.5 demonstrated an improvement of at least 1.0 point, while 30% (3 of 10) of participants with baseline EDSS scores above 5.5 showed an improvement of at least 0.5 points. From baseline to week 28, MSC-NTF cell-treated patients showed a median change of –0.05 feet/second in T25FW. MSWS-12 and EDSS showed no median change at the end of the treatment period.

"This publication provides preliminary evidence of NurOwn's potential to modify functional outcomes in progressive MS, which we believe warrants further study," coinvestigator Ralph Kern, MD, MHSc, president and chief medical officer, BrainStorm Cell Therapeutics, said in a statement.1 "In addition, consistent changes in cerebrospinal fluid neuroinflammation and neuroprotection biomarkers reveal how NurOwn may impact disease mechanisms in progressive MS and are complementary to biomarker results observed in our Phase 3 ALS trial. These observations provide further support for NurOwn as a platform technology with potential broad applications and will bolster BrainStorm's efforts to bring much needed solutions to patients with progressive MS, ALS, and other neurodegenerative diseases."

Most recently, in mid-August, following corrections to its phase 3 trial that further boosted results, the company announced it will be submitting a biologics license application for NurOwn to treat amyotrophic lateral sclerosis, a decision that comes more than a year after the FDA recommended against it.3