Hamid Khoja, PhD, chief scientific officer of FibroBiologics, spoke on the development and studies of CYMS101, which the company anticipates evaluating in a larger clinical trial in 2023. 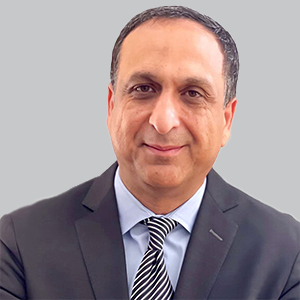 Fibroblast cell technology for patients with multiple sclerosis (MS) may be a unique treatment option, offering benefits when compared with other approaches such as monoclonal antibodies and stem cell therapy. The technology is being developed by FibroBiologics, with the version adapted for MS dubbed CYMS101.

An early safety study of the treatment found that it was safe for all 5 patients enrolled, also appearing to be efficacious, despite the small patient sample. Patients showed improvement in the Paced Auditory Serial Addition Test (PASAT), the 9-Hole Peg Test (9-HPT), and the Timed 25-Foot Walk Test (T25-FW), all of which are standard evaluations used in MS clinical trials. Additionally, none of the 5 patients, all of whom had relapsing-remitting MS, had new lesions appearing during the 16-week period post-infusion.

Hamid Khoja, PhD, chief scientific officer of FibroBiologics, spoke with NeurologyLive® on the fibroblast technology, noting that the future phase 1/2 study will take a staggered approach. The company hopes to begin patient enrollment in 2023, pending FDA approval of an investigational new drug application to be filed in Q3 of this year. In conversation, Khoja highlighted key takeaways from the safety study and the potential of fibroblasts as a treatment option for patients with MS.

NeurologyLive®: Can you provide some background on the fibroblast cell technology? What potential do you see for patients with MS?

Hamid Khoja, PhD: Fibroblasts have extraordinary potential in cell therapy. Looking at iton an economic level, as compared to stem cells, which are prevalently used for cell therapy these days, they're easier to source, they exist in far higher numbers than stem cells in a small mass of tissue, for example, the number of stem cells is about 10-15,000, to 1. Also, in terms of sourcing, fibroblasts, they're far easier to obtain, far easier to culture, and economically speaking, they're far easier to culture and maintain. In terms of the doubling number, in terms of how it grows—it grows much faster than stem cells. Stem cells typically have a doubling rate of about 2-3 days, whereas fibroblasts have about an 18-24 hour doubling period. So economically, we see this as a as an approach that will be much cheaper, cost savings will be provided to the patient. Also, in terms of some of the capabilities, it is very similar, if not better than stem cells. For example, the immune modulation effect that it has specifically for MS—our preclinical studies on mice, rats, and rabbits have indicated that it's far superior to bone marrow-derived mesenchymal stem cells or even adipose-derived stem cells, [for] which there are a lot of publications of it being tested for immune modulation for MS.

Even our clinical trial that we carried out and finished recently, showed that it's quite safe, tolerogenic fibroblasts—that means there is very low immunogenicity, even though they might come from different donors, it's quite safe. We were able to infuse 100 million tolerogenic fibroblasts into patient without any adverse side effects. This was a safety clinical trial, but we were able to see some efficacy in those 5 patients with MS. One of the biggest things that we saw was that all these patients were remitting relapsingmultiple sclerosis patients, and during the course of the study, none of the patients had any episodes. So, although [there were] a limited number [of patients in this] clinical trial, specifically, it was an outcome of safety, we did not note any adverse [events], but we did note some efficacy, which gives us promise in designing the phase 1/2 clinical trialto look more specifically at efficacy and look at multiple dosage and higher dosage numbers of cells to see if that has efficacy.

What do clinicians need to know about the technology that is currently available for patients with MS?

If you look at the top 2 drugs that are already in the market for multiple sclerosis—1 being from Roche, 1 being from Novartis—they're both humanized monoclonal antibodies that target B-cells. Basically, their goal is to deplete B-cells and reduce the inflammatory effect. But they have long-term impacts in the immune system by depleting [B-cells], and I know there are significant side effects noted at the time of the infusion, but also long-term side effects—it does impact the maturation cycle of T-cells, etc. So, they do have quite a bit of significant side effects.

What we’ve seen in our limited clinical trial is that these tolerogenic fibroblasts, or CybroCell, we don't see any side effects, or we haven't seen any side effects. Granted, our initial study was just a safety study [as] the primary outcome. The patients were monitored post-infusion for 4 hours, and then for CBC [complete blood count] and blood chemistry at 8 weeks, the 12-week period, and the 16-week period—we did not note any difference. We also know that some studies that have indicated cardiac impact using stem cell therapies, and we monitored the patients’ cardiac system as well, and we didn’t note differences in these patients.

Our clinical trial was a single dose, 1-time infusion, and being tested for just safety, we opted for doing a single dose. But for the actual for the phase 1/2 clinical trial, we're going to look at multiple doses, we're going to look at multiple concentrations of cells to look for efficacy, and of course, safety data as well. We're aiming for a staggered approach for the clinical trial. Our hope is to submit an IND [investigational new drug application] this year, probably in the third quarter, and for a clinical study, that might involve about 80 to 90 patients.

What efficacy signals have you noted thus far? What do they suggest about treatment potential moving forward into additional trial phases?

We've looked at other clinical trials for MS, and even [for] these monoclonal antibodies, and we basically use the same neurological testing assays that were done for efficacy in those clinical trials for MS for our study, as well. There are basically 5 different types of tests, 1 is called a PASAT, the Paced Auditory Serial Addition Test, there's the 9-HolePeg Test, [Timed] 25-Foot Walk test, EDSS—which is a commonly used method of scoring [and] grading MS in terms of progression and monitoring—and alsogadolinium MRI to look at the brain and look at these lesions. We used all 5 studies in terms of efficacy.

In our efficacy results, and again, I always have to remind that [there was] a limited number of patients—we looked at only 5 patients for the safety study—we noticed a general improvement in the PASAT, so in terms of addition in mental capacity, we showed a significant improvement within that 16-week period in these 5 patients. We also noted a general improvement in the 9-Hole Peg Testwith all patients during the 16-week period. In terms of the 25-foot Walk test, we did see a general significant improvement. One thing that we noticed was that there was no improvement in the EDSS, but there was no degradation as well, so the EDSS scores remained fairly consistent, with all 5 patients during the course of the study. Also, looking at the MRI, we did not see any additional new lesions appearing during that time period. We did the MRI,post- [and] pre-infusion, and then we monitored it at 16 weeks with the same physician care and the same neurologist looking at the data.

The biggest efficacy point that we got from the study, and again, efficacy was a secondary outcome, was that there were no new lesions appearing, no degradation during the period. And with remitting MS, you typically have a at least 1 episode every couple of few months. So, our 5 patients, none of them having an episode during that period—the statistical number is low, only 5, but itI think it gives us a good idea of what the next clinical study will[show]. It looks like it has really good potential in providing some good efficacious results in a larger study.

What are the expectations in terms of design and the timeline for the larger clinical study?

In terms of the study design, we're looking at a staggered study. We are going to stagger the patient's enrollment, [and stagger] in terms of dosage…repeated dosage, and in terms of concentration, so that way, it will give us a good idea of not only the efficacy, but the safety at different doses, repeated doses. The staggered enrollment of the patients will give us a good idea of if we need to extend the monitoring period. The staggered approach provides us a really good mechanism for doing that. I know a lot of the studies that have been done with an MSand with some other drugs, they're just a 1-study course, and all the patients are enrolled, tested, and monitored, and so on. But I think lately, there have been a lot of publications showing the promise of a staggered approach, not only in terms of monitoring safety, but a lot of the efficacy endpoints. It gives you more freedom to be able to monitor and change some of the study aspects. For example, if you know that a certain concentration is not efficacious, then you can just end it right away without having to impact the overall study design. So, as I mentioned, we're hoping to submit and IND in the third quarter. Hopefully, we could begin enrollment maybe in 2023, if we get to go ahead [from] the FDA.