The chief scientific officer at the Parkinson’s Foundation shares his perspective on the current state of Parkinson research and development amid the challenges of the pandemic. 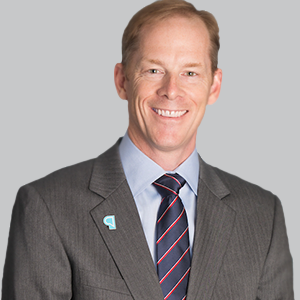 For the past several years, the Parkinson’s Foundation has been undertaking a large-scale project with the goal of offering individuals with Parkinson disease free genetic testing for clinically relevant genes related to the condition.

Dubbed PD GENEration, the initiative will utilize the data collected for future research into the development of personalized medicine and interventions for Parkinson disease. All told, it is a 4-step process: Attending an appointment at a Center of Excellence or Parkinson Study Group site, developing the results, meeting with a health care professional, and filling out a post-process survey.

Now that the initiative has been underway for quite some time, NeurologyLive checked in with James Beck, PhD, chief scientific officer of the Parkinson’s Foundation, to find out how things are progressing, particularly in light of the ongoing COVID-19 pandemic. Additionally, Beck shared his perspective on the current state of Parkinson research and development amid the challenges of the pandemic.

NeurologyLive: How would you describe the state of therapeutic development and testing for Parkinson disease?

James Beck, PhD: I would have to say that because of COVID, the idea of bringing people into a hospital setting for clinical trials for symptomatic therapy is really something that a lot of people are not looking forward to doing. So, clinical trials for Parkinson disease in essence are really shut down, by-and-large. There are some bright spots and I'm happy to talk about those. But when we—and I think it's not unique to the Parkinson space—think about clinical trials in general, unless it's for something such as cancer or a life-or-death type of potential therapy, it's just not worth the risk to the potential participant to bring them in many places. There are some jurisdictions that have things better under control, but, in general, it hasn't been so nationwide.

You did mention that there are still some bright spots, so what particularly has stood out for you?

Broadly speaking, what has potential for people with Parkinson disease is moved towards precision medicine. This is not new to your audience, the idea of these therapies which are targeted to people with unique mutation status.

There are at least a half dozen trials on the horizon—some are getting ready to be underway, some are already started—that really provide hope to people with Parkinson and everyone in the community because they're tackling Parkinson disease for the disease it is. In the past, we have focused on issues with mitochondrial stress and oxidative stress issues which can interfere with the normal function of neurons, in this case for Parkinson disease. But those are issues that affect almost any neurologic disease. Cells die. So, these were the treatments that could be really utilized as well for Alzheimer and Huntington as Parkinson, so it perhaps wasn't surprising that we were making progress.

But with targeted therapies, we're looking at mutations that are unique to Parkinson disease. These therapies will, I hope, alleviate not the genetic mutation per se, but compensate for it. When an enzyme is overactive, we want to tamp down that activity where enzymes aren't performing as they should. We want to provide small molecules which can help them fold and function, so they get to where they need to go inside of a cell. Those are the bright spots when it comes to Parkinson's research. But there's a big caveat to that.

Could you explain that caveat further?

The big one is that we're talking about genetic therapy for people with Parkinson disease. And currently, genetic testing is not the standard of care for people with Parkinson. There are lots of good reasons why, I think the primary one is that understanding whether someone has a genetic mutation won't affect a clinician’s care for that person with Parkinson disease. Knowing that have LRRK2 mutation or mutation of GBA won't mean that they're not going to get levodopa. It won't mean that they won't get amantadine to help with dyskinesias. It's a recognition that we are still in the infancy when it comes to understanding how to utilize genetic tools for Parkinson disease.

Another barrier is that the genetic testing is not reimbursable, really, unless it's a rare case where someone has young-onset Parkinson, typically age of 40 or younger, and they just want to see whether there's a potential way to confirm a diagnosis. Young-onset is very unusual, very rare, and so insurance companies seem to be amenable to that process. Another issue is that there's often not one company that can provide a suite of genetic tests that really match the need for the Parkinson community.

What work is the Parkinson’s Foundation doing to help overcome those barriers?

There are a number of genes that are relevant to a person with Parkinson's that could lead to them developing the disease. But different genetic testing labs seem to really specialize on 1 or 2, but not the combination that you would really need to have an adequate clinical assessment.

This is where the Parkinson's Foundation steps in. Recognizing that there's a real need, but there isn't the will yet to do so, the Foundation is has stepped up to begin offering genetic testing and counseling to 15,000 people with Parkinson disease. We have a several-year effort to do this, and we've just recently completed a pilot study to demonstrate it's feasible to do across 6 sites in 6 different states. We really want to understand whether, importantly, genetic counseling—which we think is an incredible, important aspect of this effort—is something that participants are satisfied with whether they get it in the clinic by their clinician or through the telephone via a genetic counselor. I'm happy to say that we found that participants are equally satisfied with however their genetic results are delivered. That's gives us a lot of hope for being able to do this at scale.

Another important thing about our effort, which we call PD GENEration, is that we're including the clinician as part of this process. This is not a direct-to-consumer test. We recognize that the nexus of care for a person with Parkinson is their doctor; going to see their neurologist ideally, so that when they come in and say, “Hey, Doc, I heard about this clinical trial, is it something that's good for me?” It's helpful for the clinician to know that they have a genetic carrier, and it's helpful to know that they're these options open to their patients, so they can say, “Yeah, Mr. Smith, this seems like a good option for you. It's worth a try, and I don't think it'll interfere with your current therapy.”

That's the kind of thing we want, to have that conversation between a person with Parkinson and their clinician to be proactive about engaging in clinical trials. The only way that we're going to be able to bring a cure for Parkinson is if people actually participate in these trials. I don't know if these therapies will work, but you have to have to try. Having the people who are at the ready to do so is what the Parkinson's Foundation wants to do.