Overall, myoclonic and absence seizures worsened in 1.2% and 15.9% more patients in the placebo group, respectively, than those given perampanel. The reductions in seizure frequency and the increases in seizure-free days were also greater with the noncompetitive AMPA receptor antagonist. 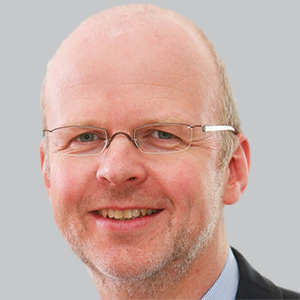 Data from a post hoc analysis of Study 332 (NCT01393743) has shown that adjunctive treatment with perampanel (Fycompa, Eisai) does not result in the overall worsening of myoclonic or absence seizures.1

Presented at the 2019 International Epilepsy Congress, June 22-26, in Bangkok, Thailand, the phase 3 data included 163 patients with epilepsy during the double-blind and open-label extension phases of the original study.

"This post hoc analysis provides further preliminary evidence to suggest that perampanel does not exacerbate myoclonic or absence seizures in patients with [idiopathic generalised epilepsy], warranting further research into the use of perampanel as a broad-spectrum [anti-seizure drug] for the treatment of these generalised seizure types," Brandt et al. concluded.

“Treatment-emergent adverse events were consistent with the known safety profile of perampanel during both the double-blind and [open-label extension] phases,” Brandt and colleagues noted. In the original study, the most frequent treatment-emergent adverse events with perampanel were dizziness, occurring in 32.1% of patients, and fatigue, occurring in 14.8% of patients. Study 332, conducted by Jacqueline French, MD, et al, also previously showed that in comparison with placebo, a greater median percent change in primary generalized tonic-clonic seizure frequency per 28 days was observed with perampanel, with a change of 276.5% against 238.4% (P <.0001). Additionally, responder rates of ≥50% were 64.2% with the study drug compared to 39.5% with placebo (P <.0019). During maintenance, 12.3% of those in the placebo group and 30.9% of perampanel-treated patients achieved seizure-freedom.2

The first in class, noncompetitive antagonist of α-amino-3-hydroxy-5-methyl-4-isoxazolepropionic acid (AMPA) receptor has previously shown success in a number of areas of epilepsy treatment, including secondary generalized seizures. At the American Epilepsy Society 2018 annual meeting, data from Study 307 showed that participants with ≥12 years of secondarily generalized seizures achieved seizure-free status with perampanel during the Studies 304 (NCT00699972), 305 (NCT00699582), or 306 (NCT00700310), or the open-label extension of Study 307 (NCT00735397). As well, it revealed that patients who were previously seizure free sustained their seizure freedom during the open-label extension of Study 307, which further supports the long-term use of perampanel in patients with secondarily generalized seizures.3