Additional data presented at AAIC 2020 shows the clinical benefit pimavanserin has on dementia-related psychosis while the agent awaits a PDUFA date of April 3, 2021. 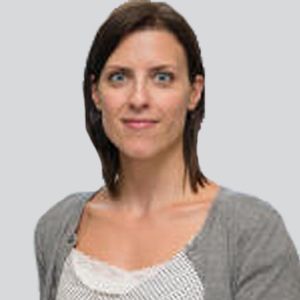 Foff and researchers noted that the objective of the analysis was to examine the response—defined as a ≥30% reduction on the Simplified Acute Physiology Score (SAPS) total score and a Clinical Global Impression—Improvement (CGI-I) score of 1 being “very much improved” or 2 being “much improved”&mdash;to pimavanserin during open-label treatment in patients with dementia-related psychosis. They found that the mean change in the SAPS score across the open-label period was similar regardless of dementia subtype or baseline characteristics.

Response rate was similar regardless of age, dementia severity, or previous drug therapy, with more than 50% of patients meeting response criteria at Week 4 across most factors. Previously released data from HARMONY showed that pimavanserin demonstrated a significant reduction in the risk of relapse of psychosis by 2.8-fold compared to placebo (hazard ratio [HR], 0.353; one-sided P = .0023).2

Additional data showed that 41% of patients administered with the treatment experienced adverse events (AEs) compared with 36.6% on placebo. The study enrolled 392 patients into the open-label extension, with 41 patients terminating their study participation. More specifically, 2.9% were in the pimavanserin-treated group and 3.6% were on placebo.

HARMONY, a placebo-controlled, randomized, phase 3, relapse prevention study featured patients with dementia and moderate to severe psychosis associated with PDD, DLB, AD, FTD, or VaD. Patients who failed a brief psychosocial therapy during screening were then entered into the open-label period, where they received 34-mg pimavanserin once daily for a 12-week stretch.

Patients who sustained response at both follow-up weeks 8 and 12 were eligible to randomize into the double-blind portion of the trial. Researchers also observed various subgroups within the study population while noting open-label response rates and changes in psychotic symptoms.

The need for a dementia-related psychosis therapy has been well documented, since there are currently no FDA approved therapies marketed. These results, along with the aforementioned data released on HARMONY were the basis behind the recently accepted sNDA for pimavanserin.

Steve Davis, chief executive officer, Acadia, recently said in a statement following the sNDA that, “if approved, Nuplazid would be the first therapy indicated for the treatment of hallucinations and delusions associational with dementia-related psychosis. We look forward to potentially bringing this important treatment advancement to patients, caregivers and physicians.”