Reflecting on the Changes in Parkinson Disease and Movement Disorders Care

Jean Hubble, MD, semi-retired neurologist and consultant, spoke with the PMD Alliance at the ATMRD Congress about the advances made in the field and her hopes for the future of therapeutics and clinical care. 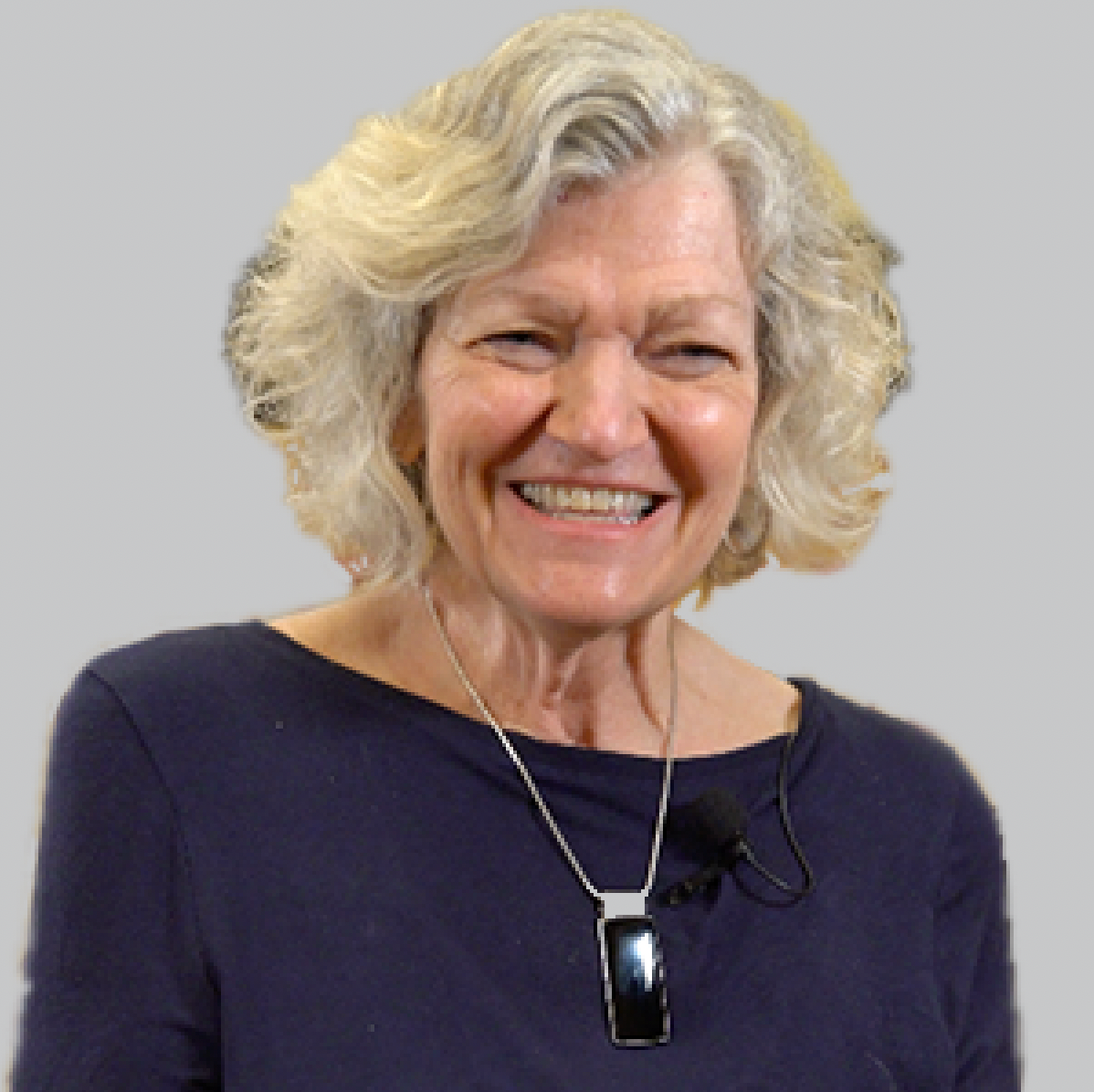 At this year’s inaugural Advanced Therapeutics in Movement and Related Disorders (ATMRD) Congress, hundreds of clinicians of various backgrounds came together to learn and share updates on the latest therapeutic advances in care for patients with disorders such as Parkinson disease or essential tremor.

Held in Washington, DC, June 17-19, 2022, some of the top experts in the field offered their perspectives to eager crowds of physicians, advanced practice providers (APPs), and residents, both experienced and new to the field. Jean Hubble, MD, semi-retired neurologist and consultant, spoke with the PMD Alliance at the meeting, highlighting the importance of having a variety of care team members involved, and the insight that can be gleaned from hearing about the management paradigm from the various perspectives and approaches these individuals take to these patients.

How have things shifted in neurology over the course of your career in academia and industry?

Jean Hubble, MD: Fortunately, there's just been tremendous advances in the treatment of Parkinson's disease and other movement disorders. Still a lot to be done, but it's just been amazing over my career as a neurologist.

The therapeutics are really advancing. Probably the most exciting part right now are some of the infusion therapies that are coming on board for Parkinson's disease, in particular. In general, in movement disorders, while we haven't reached our goal yet in delaying disease progression, I think we're coming tantalizingly close. To me, that's another reason for me not to fully retire. I want to see that. I want to see us make that goal.

What’s on the horizon for social prescribing and what does that mean for the field?

Social prescribing is kind of a hot topic now, particularly because of the COVID environment, individuals with Parkinson's disease and movement disorders, their care partners, and their health care providers have had to deal with. It really goes to the heart of the matter of what you can do beyond the scope of traditional medical care, meaning not just drugs, not just devices, not just physical therapy, but really how you can help the patient, or the family, engage with society and their community, and bring that into them. It fits so well with the Parkinson's and Movement Disorder Alliance ecosystems, right? It's really that same idea—what tools do you need to surround yourself with, to really optimize your quality of life?

How does the interaction with patients when working with PMD Alliance impact you, particularly when you hear their real voices?

The medical network that has been really a key element of the Parkinson’s and Movement Disorder Alliance is really fantastic. It’s important, and it really gets back to that same idea of social prescribing that we talked about for individuals affected by diseases. If you think about that, we all need that social community, that support community, around us. What the PMD Alliance has done so well is not taking on the education of neurologist, movement disorder specialist, and advanced practice providers, but rather that totality of what it means to be good at your role. Who and what you need around you, not just the facts of, “here's the disease, here's the treatment, here's the dose,” but what it means to be to personalize that for a patient.

That really empowers the healthcare professional, whether you're a subspecialist in movement disorders, or you're a general practice APP. All of those individuals can benefit for learning how to administer that type of best medical care for their patients.

What's your vision for an integrated care team?

Integration of care teams is a really hot topic now, at least in in the practice of neurology. In fact, often now you'll find that we're going away from using the term multidisciplinary, to interdisciplinary. That's really similar to that ecosystems model to because the difference between multidisciplinary means you see your neurologist, different day you see your physical therapist, different day you see your speech therapist. Interdisciplinary means they're all working as a team on your health care plan, and the patient is at the center of those plans.

When you were practicing as neurologists, did you have APPs in your care team and how was that experience?

APPs certainly are an important part of an effective health care team for individuals with movement disorders. In my own experience—I was in practice at a Parkinson center in academic medicine for many years. But then I transitioned several years ago to industry. I was fortunate, even those many years ago, that we had an APP. That was an essential part of the care we were able to render our patients, particularly with some of the more invasive therapies that were just being emerging at the time, like deep brain stimulation. It was really key to those kinds of more complex delivery systems.

How did your perspective shift when you moved into the industry?

Industry, really, I feel complimented my background as a clinician. It allowed me to take things I knew about Parkinson's disease and other movement disorders, yet see it realized in a different way, in developing and introducing new treatments for Parkinson's and other movement disorders. It also I think, in having that background of clinical care, academic research, and industry background, I think I can really contribute to [my work with] the PMD Alliance as well, and all their wonderful efforts.

The pharmaceutical industry is certainly has had ups and downs—unfortunately, a lot of downs—in its reputation over the years. But, and I mean this quite honestly, I was really stunned when I was in industry. I was disabused at this notion. I thought going in basically, they threw money at everything, and they're just in it to make money. I can say with absolute confidence in, in the areas I was involved in, like Parkinson's disease, ALS—the safety of the patient's care and propelling innovative therapies was always number one. If it was the CEO of the company, to an associate director putting together a first-in-man clinical trial, at the end of it all, is it a business of course, and many of those decisions have to be made sensibly. But I can tell you most assuredly, they do have patients in mind, at least in my experience.

Do you have any nuggets of wisdom that you've taken away with you from ATMRD?

Both working with the PMD Alliance these last few months and attending their recent Congress, the ATMRD, has really just reaffirmed that this is the right place for me to be and the right organization. Being in the room, at this congress, with APPs, fellows, residents, and senior residents has just been so exciting. I've learned so much from them as well, particularly the APPs because they see medicine and the care of these individuals in a much different way than I do, either in my role back as an academician or in industry.

But I can tell you one anecdote, I happened to sit and break the ice yesterday with the APPs, and a senior neurology resident from Ohio was sitting next to me. We struck up a conversation and she was very excited and interested in my background as a movement disorder specialist. She was saying how she wanted to learn more about Parkinson's and movement disorders, that her particular residency program really only had limited exposure on those topics. Through the evening, I wrote to a friend of mine in a different part of Cincinnati, a world famous Parkinson's specialist—he already wrote back that she can come down and visit their clinic anytime and perhaps even do a rotation. That's so great.

What do you want to let the younger generation coming up into movement disorders now?

What do I want the next generation to know in movement disorders is a challenging question for me for where I am at my point in life. They'll learn the facts, for sure. They'll learn all about the new exciting treatments. I think remaining really focused on the patient and personalized care remains essential. We're so bombarded right in our all of our lives now. Everything's new all the time. New data are coming out every week in Parkinson's disease and other movement disorders. So, I think the main thing is, please, I beg everybody keep focused on that patient.