Similar to results at 24-months, findings showed improvements in patient outcomes with the SCS System including quality of life, functional ability, mood, and sleep. 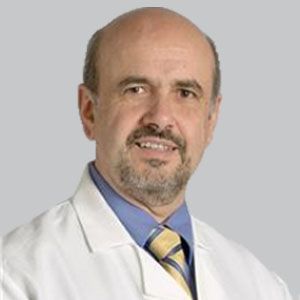 "The Evoke® System is the only SCS therapy capable of continuously listening to the spinal cord and optimizing neural activation with precise, prescriptive closed-loop dosing based upon an individual patient's unique neural signature," Mekhail said in a statement.1 "We can now see how much patients benefited from more consistent activation of the spinal cord, which is something we were previously unable to do with other SCS systems."

A study that spanned across 13 US sites, EVOKE was the basis for the FDA’s decision to approve the SCS System in March 2022. Approved for the treatment of chronic intractable pain of the trunk and/or limbs, including unilateral or bilateral pain associated with failed back surgery syndrome, intractable low back pain, and leg pain, it became the first and only available system to capable of instantaneously reading, recording, and responding to evoked compound action potentials (ECAPS), or the nerves that respond to stimulation, to provide more optimized performance.

The pivotal EVOKE study randomly assigned patients with intractable pain of the back and legs 1:1 to ECAP-controlled, closed-loop SCS or fixed-output, open-loop SCS. The same neuromodulation system (Evoke System) served as the investigational and control device, as it offered both ECAP-controlled closed-loop SCS and open-loop SCS. Designed to maintain optimal pain inhibition through adjusting therapy more than 100 times per second, the Evoke System also captures and records millions of data points per day to help guide clinical teams and keep them informed on the therapy’s performance.

After 36 months of closed-loop therapy, 0 explants were found because of loss of efficacy. Additionally, 90% of patients were reported satisfied or very satisfied with treatment. At the 24-month time point, patients had the option to cross over to the other arm and then decide which they preferred. For those who crossed from open-loop to closed-loop, a majority saw better pain relief. Notably, 9 of 10 patients treated with closed-loop at any time completed the study in the closed-loop arm.

Mekhail added, "Equally compelling is the Evoke® System's ability to deliver a more enduring solution to pain, highlighted by zero explants due to loss of efficacy through 36 months, something we have not seen before. This is one of the most important innovations in the field of neuromodulation since Norman Shealy implanted the first stimulator lead in 1967."1

At the end of the 36-month period, patients who crossed over to closed-loop showed improvements in multiple dimensions of patient outcomes including quality of life, functional ability, mood, and sleep. These improvements mirrored those who stayed in closed-loop treatment for the entirety of the study. Additionally, these findings replicated what was seen previously.

"We sincerely thank our clinical investigators and patients who have partnered with us to pioneer the science and evidence for this new enduring treatment for chronic pain," Jim Schuermann, president and chief executive officer at Saluda, said in a statement.1 "This unprecedented data set strongly validates the recent recognition by CMS that the Evoke System represents a substantial clinical improvement over current standard of care, and we believe there is significant interest in this innovative new treatment option for patients seeking long-term pain relief."