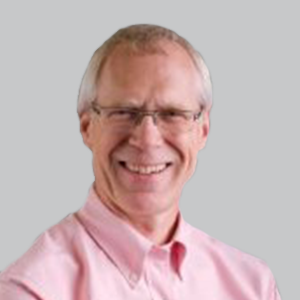 In a cohort of 272 men and women aged 60 to 85 years with early symptomatic AD, the mean plasma pTau217 levels decreased by 23% from baseline to week 76 after treatment with donanemab, whereas levels continued to rise by 6% in those on placebo. Similarly, mean plasma GFAP levels decreased by 12% from baseline while levels continued to rise by 15% for those on placebo. No significant between-group differences were observed for neurofilament light (NfL) levels.

Senior investigator Mark A. Mintun, MD, president, Avid Radiopharmaceuticals, and colleagues concluded that the findings "add weight to the hypothesis that reduction of amyloid by anti-Aβ antibodies could have downstream effects consistent with disease modification and suggest that fluid biomarkers could have a role in monitoring response to treatments (at least as a group measure of target engagement/amyloid clearance) in future clinical trials."

Regardless of stopping or continuing treatment, plasma levels of pTau217 and GFAP were significantly lower in donanemab-treated patients at the end of the study. For those who stopped treatment at 24 weeks, the effects of donanemab on plasma levels of pTau217 and GFAP persisted up to 1 year after the end of treatment. Notably, the decrease in these levels were not significantly greater in those who continued treatment vs those who stopped at 24 weeks.

Across the cohort, the reductions seen in these 2 plasma biomarkers were independent of amyloid-related imaging abnormalities-edema (ARIA-E), which have become a concern for anti-amyloid therapies in recent years. When looking at change in plasma biomarker vs change in volumetric MRI, only NfL showed a significant correlation with change in whole brain volume (R = –0.1710; 95% CI, –0.3205 to –0.0132; P = .03).

There were no significant correlations between pTau217, GFAP, NfL, or Aß42/40 and baseline Integrated Alzheimer’s Disease Rating Scale (iADRS), the original primary outcome of the study. Only change in plasma NfL showed a significant correlation with change in iADRS (r = –0.182; 95% CI, –0.322 to –0.035; P = .02). In a marginal logistical analysis, pTau217 change at 24 weeks was positively associated with the odds of exhibiting a meaningful worsening on iADRS (coefficient estimate, 0.704; 95% CI, 0.022-1.386; P = .04). Mintun et al wrote, "That is, the decline in pTau217 values is associated with lower odds of within-patient change in iADRS consistent with meaningful worsening. The analyses on GFAP did not show any association."

In March 2021, data from TRAILBLAZER-ALZ was published in the New England Journal of Medicine, which showed that patients with early AD treated with donanemab have improved composite scores for cognition and ability to perform activites of daily living. At baseline, iADRS score was 106 in both the donanemab (n = 131) and placebo (n = 126; 1 participant was excluded from the modified intent-to-treat population) groups. After 76 weeks, the treatment group’s scores changed by –6.86 points whereas the placebo group’s changed by −10.06 (difference, 3.20; 95% CI, 0.12-6.27; P = .04). This change was equivalent to a 32% difference in slowing decline for the donanemab group, a significant difference that was identifiable by month 9.2

Donanemab is also currently being assessed in a large-scale, confirmatory phase 3 trial called TRAILBLAZER-ALZ 2 (NCT04437511). The study is expected to reach approximately 1500 participants, aged 60 to 85 years, with early symptomatic AD. Change from baseline in iADRS will continue to serve as the primary end point, with secondary end points that include Mini-Mental State Examination, Alzheimer’s Disease Assessment Scale-Cognitive Subscale, and Clinical Dementia Rating Scale-Sub of Boxes scores, among others.