Shifting the Paradigm: Earlier Use of On-Demand Therapy for Treating OFF Time in Parkinson Disease

Despite the availability of medications to relieve OFF episodes in Parkinson disease, widespread adoption of on-demand therapies has been less-than-ideal, marking the need to shift the treatment paradigm in PD. 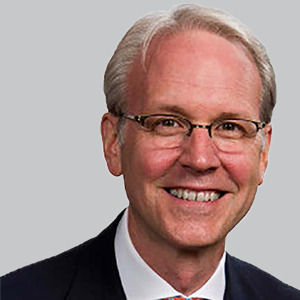 WITH THE INTRODUCTION OF TRIPTANS in the 1990s, the treatment of migraine was revolutionized.1 No longer did patients have to suffer with acute migraine attacks that occurred despite the use of prophylactic medications because triptans could safely and reliably abort those breakthrough migraines. Neurologists and primary care physicians now routinely use on-demand therapies to treat migraine. Despite the availability of safe and effective medications to relieve OFF episodes in Parkinson disease (PD), we have not seen similar widespread adoption of these on-demand therapies. It is time to shift the treatment paradigm in PD.

More than 50 years since its introduction, oral levodopa (typically combined with a dopamine decarboxylase inhibitor) remains the gold standard for the treatment of PD’s motor symptoms.2 Despite the remarkable benefits of levodopa, more than half of patients will develop motor complications including OFF time within 5 years of starting the drug.2 OFF time is defined as that time when a medication no longer provides its expected benefit and motor and nonmotor signs reemerge.2

OFF periods can have a significant impact on the quality of life of patients and their caregivers.3 Patients will limit their activities and avoid social situations because of concerns about OFF episodes. They leave their homes less frequently, and often only if accompanied by their caregivers. As a result, caregivers are also limited in their ability to leave the home and must be prepared to return if the patient experiences an OFF episode. Patients report difficulty with communication during OFF periods, which leads them to avoid interacting with others.3

It is believed that OFF time is the result of both central and peripheral mechanisms.4 Centrally, PD is characterized by the loss of dopaminergic neurons that synthesize, store, and release dopamine. As those cells die, patients lose their “buffering” capacity for exogenous levodopa, and wearing off emerges.4 Peripherally, gastrointestinal (GI) dysfunction contributes to OFF episodes.5 PD is associated with delayed gastric emptying. Oral levodopa is absorbed only in the duodenum and proximal jejunum of the small intestines, and delayed gastric emptying can result in loss of the benefit of an oral levodopa dose.5 Similarly, dietary protein in food competes with levodopa for absorption through the large neutral amino acid transporters in the gut and at the blood-brain barrier. Small intestine bacteria overgrowth and Helicobacter pylori infections have also been implicated in dose failures.5

OFF time typically is treated by using higher doses or longer-acting formulations of carbidopa levodopa.2 This, however, has been associated with worsening OFF episodes in the long term. Adding adjunctive therapies, including dopamine agonists, monoamine oxidase inhibitors, COMT inhibitors, extended-release amantadine, or adenosine A2A antagonists, has been demonstrated to reduce total OFF time, but patients still have OFF episodes.2 Taking an additional dose of levodopa for an acute episode is another common strategy, but is generally not helpful as it takes about 60 minutes for oral levodopa to take effect. The key to treating an OFF episode once it occurs is to use a medication that bypasses the dysfunctional gut. Three medications—inhaled levodopa, subcutaneous apomorphine injection, and sublingual apomorphine film—are approved for OFF episodes and avoid the dysfunctional GI system.2

Inhaled levodopa uses a breath-actuated inhaler to deliver 84 mg of inhaled levodopa (equivalent to 50 mg orally) via the pulmonary system, thereby bypassing the GI system. In double-blind placebo-controlled studies, it began to work in as early as 10 minutes, provided significant relief at 30 minutes, and maintained its effect in the majority of patients at 60 minutes.6 The main adverse effect was cough and therefore this medicine should be avoided in patients with a history of lung disease.

Apomorphine is one of the oldest medications used for the treatment of PD. It is a short-acting D1- and D2-like receptor agonist and is the only drug proved to have an efficacy equal to that of levodopa.2 Both subcutaneous injections and sublingual strips avoid the GI system. Subcutaneous apomorphine injection has been demonstrated to work in 4 to 12 minutes with a levodopa-like benefit lasting 40 to 90 minutes, reversing 95% of OFF episodes in study findings.7,8 Sublingual apomorphine film is absorbed systemically via the oral mucosa, avoiding first-pass metabolism. It has been demonstrated to work in as soon as 15 minutes, with significant improvement at 30 minutes, lasting up to 90 minutes. Approximately 80% of OFF episodes were aborted with sublingual film.9,10 The adverse effect profile of the different apomorphine products is similar; both are generally well tolerated, with nausea, vomiting, and somnolence being the most common adverse events.2 Injections were also associated with injection site reactions and the film was associated with oropharyngeal irritation. Both medications need to be titrated initially under medical supervision due to the potential for hypotension during titration.2

Given the availability of safe and effective medications to treat OFF episodes on demand and the marked negative impact of such episodes on patients and caregivers, it is time to shift the paradigm in PD treatment. Just as neurologists and primary care physicians use both prophylactic and abortive therapies in migraine, it is time to use on-demand therapies in PD when OFF episodes occur despite adjunctive therapies and carbidopa levodopa. One challenge to shifting this paradigm is that all the on-demand therapies in PD are specialty pharmacy medications, and thus may be too expensive for some patients. Nevertheless, we should advocate for all our patients to have access to these important on-demand medications.