The assistant clinical investigator, Neuro Vascular Brain Imaging Unit, NINDS, further elaborated on the findings of a retrospective analysis that reported that approximately half of stroke patients who present outside of thrombolysis treatment time windows without large vessel occlusion may benefit from reperfusion therapy. 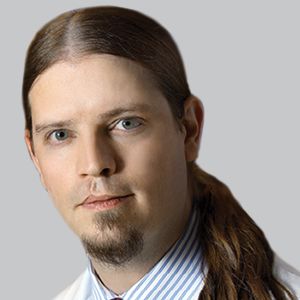 At the 2019 American Academy of Neurology (AAN) Annual Meeting in Philadelphia, Pennsylvania, the results of a recent retrospective analysis were presented and showed that approximately half of stroke patients who present outside of thrombolysis treatment time windows without large vessel occlusion may benefit from reperfusion therapy.1

This retrospective analysis sought to determine the number of stroke patients who presented in an extended time window that had an MRI target for treatment with thrombolysis. During the study period, the stroke service evaluated 3469 patients; 2804 had a documented time last seen normal and 893 patients were evaluated between 4 and 24 hours after last seen normal and did not receive acute treatment—MRI was performed in 606 patients, of which 52% had a mistach, and 450 had diffusion weighted imaging and perfusion weighted imaging. Of the remaining 442 patients, 13 received a large vessel occlusion target for endovascular therapy, which left 429 patients who presented without any treatment options. The investigators, led by Richard Leigh, MD, assistant clinical investigator, Neuro Vascular Brain Imaging Unit, NINDS, reported that 318 patients (74%) demonstrated a mismatch between their diffusion weighted imaging lesion and their perfusion weighted imaging lesion, a potential target for reperfusion therapy. 1

To further elaborate on the results of this analysis, NeurologyLive spoke with Leigh in an interview.

NeurologyLive: What does the clinician community need to know about these findings?

Richard Leigh, MD: A recent trial, EXTEND (Ma et al, 2019, NEJM), demonstrated that a subset of stroke patients presenting after 4.5 hours from onset benefit from IV tPA when selected with multimodal brain imaging. In our study, we did a retrospective analysis of patients presenting after 4.5 hours from stroke onset who had multimodal imaging to see how commonly they would be eligible for treatment. We found that approximately 40% of patients could have been treated, but were not, since current guidelines have not incorporated the results of the EXTEND study.

What is the impact of these data on clinical practice?

If the results of the EXTEND study become part of standard practice, there may be many more patients who are eligible for treatment with tPA. Additionally, the use of multimodal imaging (more than just CT/CTA) will need to increase to identify these patients.

Why are these patients without a treatment option? What’s the standard approach now?

Current AHA guidelines do not support the use of IV tPA for patients who present more than 4.5 hours from the time they were last known well. Prior to treating patients, doctors have to determine either when the stroke started, or if onset it is not known, such as when a patient wakes with symptoms, then they have to use the time the patient was last known well. Arriving to the hospital >4.5 hours from onset or last known well is the number one reason patients are excluded from receiving IV tPA.

How does this data add to the understanding of the treatment window in stroke?

Our study found that in patients who were greater than 4.5 hours from last well on arrival, 40% had brain tissue that may be rescued by treating with IV tPA. These findings, combined with the results of the EXTEND trial, suggest that time is not our best metric for making treatment decisions. The future of stroke care will be focused on selecting patients with multimodal imaging instead of time.

These results, along with many other recent studies, are part of a growing trend toward individualized care. Multimodal imaging is likely to greatly expand the number of stroke patients who can be safely and effectively treated over the next decade.