A recent phase 2 study showed a significant decline in wakefulness after sleep onset across both doses of sunobinop for individuals with insomnia recovery from alcohol use disorder. 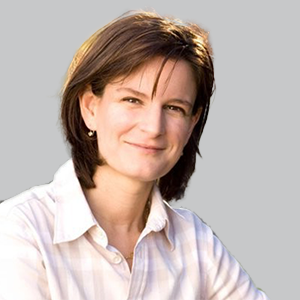 Recent results from a phase 2 clinical study (NCT04035200) showed that both doses of sunobinop (Imbrium Therapeutics), 1 mg and 2 mg, maintained significant reductions in wakefulness after sleep onset in comparison with placebo over a 3 week treatment period.1 These positive findings show that sunobinop—previously known as V117957—could be a potential first-in-class treatment for individuals in recovery from alcohol use disorder who also have insomnia.

These positive preliminary results were presented at the 33rd Annual Meeting and Scientific Symposium of the American Academy of Addiction Psychiatry (AAAP) by lead author Nelson Sessler, PharmD, Director Clinical Science Field Specialist, Imbrium Therapeutics, and colleagues. Sessler said in a statement, “Currently, there are no FDA-approved products specifically indicated for insomnia during recovery from AUD. We appreciate the opportunity to present our findings at AAAP from this Phase 2 study of sunobinop in patients diagnosed with alcohol use disorder experiencing insomnia during self-reported abstinence from alcohol.”1

The study was randomized, double-blinded, multi-centered, placebo-controlled and parallel-group. There were 114 individuals experiencing insomnia during recovery from alcohol used disorder enrolled, with patients assigned randomly in a 1:1:1 ratio to be given either sunobinop 1 mg or 2 mg or placebo for 21 days every night at bedtime. The change from baseline to wakefulness after sleep onset, or the primary endpoint, was measured by two consecutive nights of overnight polysomnography on the first and second nights and again on the 20th and 21st nights.

The professor of neurology at Washington University School of Medicine in St. Louis spoke about the field of newborn sleep and epilepsy based on a special lecture from the 2022 AES annual meeting. [WATCH TIME: 3 minutes]

Julie Ducharme, MSc, PhD, chief scientific officer at Purdue Pharma LP, said in a statement that the, “research program with sunobinop, and specifically results from this phase 2 clinical study, underscore our commitment to advancing medicines that may benefit patients who are in recovery.”1

Across both doses of sunobinop, the treatment was well tolerated and there were no reports of serious adverse events; although, there was one patient that discontinued receiving sunobinop 2 mg because of sedation. Treatment-emergent adverse events (TEAEs) were all mild or moderate, with somnolence or drowsiness as the most common. In the sunobinop 1 mg group, 5% of patients reported drowsiness whereas in the sunobinop 2 mg group, 26% had experienced drowsiness. Using the Penn Alcohol Craving Scale (PACS), baseline alcohol craving scores which were low and no observations for increase in craving were found in any treatment group.

Besides being used for treatment in insomnia during recovery from alcohol use disorders, sunobinop is presently being clinically developed for other multiple disorders including overactive bladder and interstitial cystitis/bladder pain syndrome. Sunobinop is designed to bind to and activate nociceptin/orphanin-FQ peptide receptor (NOP) that is involved with many biological functions such as stress response, the modulation of anxiety, and substance misuse.2,3

Individuals recovering from alcohol use disorder and that have sleep disturbances range from as low as 69% to 91% in the early phases of withdrawal from clinical studies.4,5 These patients with insomnia symptoms experience changes in sleep latency, maintenance, and architecture can frequency continue after alcohol cessation6 for years. Prior studies showed that insomnia left untreated could interfere with the recovery process from alcohol misuse and put patients with alcohol use disorder at risk for relapse.7