The Adamas Pharmaceuticals agent has a PDUFA action date of February 1, 2021, as a treatment for off episodes in patients with Parkinson disease who are receiving levodopa-based therapy. 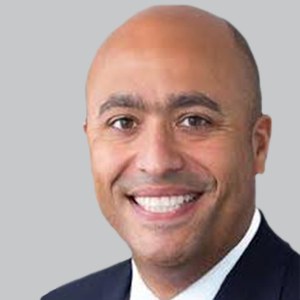 Adamas Pharmaceuticals has announced that the FDA accepted for review the company’s supplemental new drug application (sNDA) for its amantadine (Gocovri) extended-release capsules as a treatment for off episodes in patients with Parkinson disease who are receiving levodopa-based therapy.1

The agency has set a PDUFA action date of February 1, 2021. The agent is a weak uncompetitive antagonist of the N-methyl-D-aspartate (NMDA) receptor, and was originally granted the regulatory go-ahead in August 2017 as the first and only medicine indicated for the treatment of dyskinesia in those receiving levodopa-based therapy with or without concomitant dopaminergic medications.2

“We are pleased the FDA has accepted our sNDA for review. If approved, the indication would reflect the full spectrum of GOCOVRI’s therapeutic benefit in PD motor complications and better support physicians to identify appropriate treatments for their patients,” Neil F. McFarlane, chief executive officer, Adamas, said in a statement. “Many [Parkinson disease] medications necessitate a trade-off between reducing off time and exacerbating levodopa-induced dyskinesia. Gocovri is the first medication clinically proven to reduce both.”

In February 2020, Adamas announced the final results of its open-label trial of the amantadine extended-release capsules in the treatment of levodopa-induced dyskinesia in patients with Parkinson disease. The 2-year, 223-patient trial—dubbed EASE LID 2 (NCT02202551)&mdash;suggested that treatment with the amantadine resulted in long-term safety and tolerability, as well as a durable reduction in the motor complications, defined by dyskinesia and off time.3

All told, those in the treatment group had lower Movement Disorder Society&#8208;Unified Parkinson’s Disease Rating Scale (MDS&#8208;UPDRS) Part IV scores were lower at baseline and remained low over the course of the trial. At baseline, MDS-UPDRS Part IV scores were a mean of 6.5 points for those continuing treatment with amantadine compared to 9.4 for the placebo group and 10.5 for the deep brain stimulation (DBS) group. By Week 8, every group had similar scores (amantadine: 6.3; placebo: 6.2; DBS: 6.4) and remained level for the amantadine group at Week 100, at 6.9 points, compared to 7.3 and 7.0 for the placebo and DBS groups, respectively.4

As for safety in EASE LID 2, a total of 13.9% of patients discontinued the study because of adverse events (AEs) considered to be related to amantadine, with the common AEs being falls, hallucinations, peripheral edemas, constipation, and urinary tract infections. Overall, the median treatment duration for trial participants was 1.9 years.

At the time, Jean Hubble, MD, vice president, Medical Affairs, Adamas Pharmaceuticals, told NeurologyLive that patients with suboptimal response to DBS and those switching from amantadine immediate release to the extended-release agent “and the fact that physicians could adjust a patient’s other medications as needed, may be more reflective of ‘real world’ clinical experience.”

In early January, a number of experts in Parkinson disease sat down for a panel discussion about the management off episodes in these patients. Part of that longer discussion featured a segment on non-dopaminergic agents and the balance of dyskinesia and off episodes. Watch their discussion below.