The founder and CEO of NeuroEM Therapeutics discussed the potential of transcranial electromagnetic treatment, or TEMT, in treating patients with Alzheimer disease, with the hope of reversing cognitive impairment. 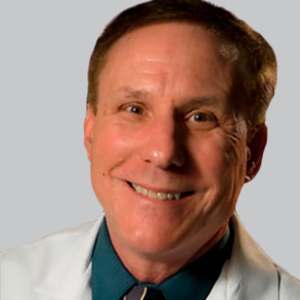 Alzheimer disease, while accounting for 60% to 80% of all cases of dementia, impacts millions of patients in the United States alone. The neurodegenerative disease is accompanied by cognitive challenges which can essentially cripple individuals who have the disease.

Gary Arendash, PhD, founder and CEO, NeuroEM Therapeutics, a Phoenix-based medical device company, shared with NeurologyLive that an investigational approach to treating Alzheimer disease, called transcranial electromagnetic treatment (TEMT), might hold the potential to reverse the accompanying cognitive impairment. In a recent clinical trial of TEMT, its administration to individuals with Alzheimer appeared to be safe and cognitively enhancing, resulted in changes to cerebrospinal fluid and blood biomarkers, and signs of stable or enhanced brain connectivity.

To find out more, NeurologyLive spoke with Arendash in an interview.

NeurologyLive: What was the motivation for taking this approach to Alzheimer disease?

Gary Arendash, PhD: What we have is a new bioengineering approach against Alzheimer— transcranial electromagnetic treatments&mdash;we call it TEMT for short. It has a number of advantages over drugs that have been tried against Alzheimer and other medical devices for that matter. It involves daily, in-home treatment for 2 hours in the clinical trial that we just completed. In that trial we got a reversal of memory impairment in a number of tasks, the most important of which is the ADAS-cog, which is the benchmark test for Alzheimer research. In that task, 7 out of the 8 subjects in our study made an improvement by the end of the 2-month treatment period of over 4 points.

That was really quite remarkable. To put it into perspective, during a 1-year period of time, an Alzheimer patient would be expected to decline in performance in the ADAS-cog by about 4 points. So, one way of looking at it is that the 2 months of treatment that they received was capable of taking them back in time to the better cognitive performance on this task that they had a year earlier.

And other tests as well, not only the ADAS-cog, which is a combination of the 13 subtasks but other tests were also impacted by the treatment that we provided. The number of domains, the rate of learning, short-term memory retention, these were all impacted in the various tasks, a 50% reduction in forgetting. All of these beneficial effects were seen not only at the 2-month treatment point but also 2 weeks after the treatment had terminated. We think this is a sign and suggestion that we really, in fact, affecting the disease process when you have that long of a period and you still have a beneficial effect.

Were there any patient-reported outcomes regarding the treatment?

On these cognitive assessments, the patients themselves were so enamored or impressed, whatever you want to say, with the way they felt with the device that none of them wanted to give the device back after 2 months and 6 treatments. Because of this enthusiasm, we initiated a follow-up trial for these subjects—an extension study, if you will&mdash;longer in duration and the patients are on that extension study right now.

Were there any adverse effects or anything unexpected?

Nothing to note at all. We were really quite comprehensive about checking out safety because this was, after all, the first full for-brain administration of electromagnetic fields in humans, not simply Alzheimer patients. We were very careful to be continually checking on them for safety and such. A few things we did, for example, were that they had a standard MRI and looking for any tumor growth that may have occurred during the 2 months, any new microhemorrhages and anything along that line, checking that nothing was structurally aberrant in their brains. As well, the caregivers had to maintain a daily diary of eating habits, various behaviors and such, as well as taking the patient's vital signs before during and after any given treatment. And, of course, when the patients came in, they were also tested for suicide tendencies and things like that.

We feel very confident, in fact, that at least over the 2-month period of treatment, which involves twice-daily treatments—that's 120 treatments these patients received in-home&mdash;there were no deleterious adverse effects, no recurring adverse effects of note.

Aside from the extension study, do you have any other additional plans or next steps?

The next step would be a big one. There are some obvious limitations that we should mention. There were only 8 subjects in this trial, first of all. Secondly, they all only got 2 months of treatment and there was no control group. You've got to look at the result in that context, that we needed a larger controlled study to confirm these results.

But I'm looking at things this way: Have you ever heard of an Alzheimer's patient that completely reversed their cognitive impairment? They showed beneficial results in Alzheimer's markers in their blood and in the cerebral spinal fluid, and beneficial effects on functional MRI imaging. To me, that combination and that comprehensive analysis suggest that the effects we're seeing are real effects, which is quite exciting to us. But, nonetheless, they have to be certainly confirmed in a much larger pivotal trial, control study.