The director of the Massachusetts General Hospital ALS Care Center discussed the greatest needs in ALS research and why focusing on genetics can play a big role into understanding the disease course. 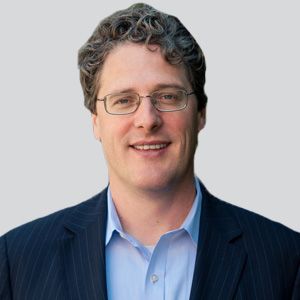 This is the second of 2-part interview. To view part 1, click here.

Patients with amyotrophic lateral sclerosis (ALS) have been hindered by the lack of treatments available, mainly in part because there still remains questions about how the disease course evolves and what impact genetics may play. In an effort to bridge data from researchers around the world, Answer ALS recently launched "The Data is Here” campaign, which includes the release of the world’s largest open-sourced ALS data portal.

The data will serve as a foundation for new clinical trials, identifying ideal trial participants, and trying to find drug-responsive biomarkers or diagnostics. While there remains a need for new treatment options, the need for therapies that impact the quality of life for patients is of a high priority, according to James Berry, MD, MPH.

Berry, director of the Massachusetts General Hospital ALS Care Center, claims that researchers need to pay attention to the patient-reported outcomes, as a way to better grasp the quality of life issues these patients face, and gear treatment options towards them. He noted fatigue as 1 of the major issues that patients with ALS face, which still is untreatable to this day. In the second part of an interview with NeurologyLive, Berry breaks down the greatest unmet needs for patients with ALS, and why genetics can play a major factor in improving clinical trials and treatment outcomes.

NeurologyLive: What are some of the biggest issues that you’re looking to tackle in the coming years? Where do you feel the greatest unmet needs lie?

James Berry, MD, MPH: First off, I just want to say how proud I am of the Healey ALS Center and the work that’s being done in the Northeast, but I would also say that 1 of the powerful things about ALS is that there is a network of researchers that work together. That collaboration is incredibly important. You see it in Answer ALS. Eight sites that clinically engage these patients across the nation who are then in turn going out and advertising the study. That recruitment went faster than we’d seen in an observational study or most clinical trials. A lot of that was pushed by the patient community. That underlying collaborative nature of researchers is important to building that patient trust.

As for the greatest unmet needs, the big focus of research is slowing or halting disease progression. That remains probably 1 of the most important things that we’re looking in to research. This includes understanding how the disease starts and spreads. Its fundamental to this, what are the biological mechanisms we should be targeting? And how do we target them? How do we test those potential new therapeutics in trials so that we can detect it? How do we have outcome measures that can detect the effect of our treatments. I think those are all really important.

Along with that drive to slow or halt disease progression, there’s obviously a hope, then a cure for the disease. That will never leave our thinking. That is particular for people who have a genetic mutation that underlies their development of the disease. As we being to study people who are from families where there is a familiar form of ALS and we know more about the genetics, we can identify people who are gene carriers. Some of the therapies that are in development may actually bring us to a point where we could stave off the disease. That prevention could be an incredibly important goal for that subset of people. I think we’re a little further off from being able to detect the disease before it begins in the sporadic form, but that doesn’t mean that’s not a goal as well.

We’re beginning to find that there are RNA problems, splicing problems, that may underlie the biology of the sporadic disease, and perhaps we could identify those ahead of time and prevent it as well. Both prevention and halting the disease are always going to be hand-in-hand with symptomatic therapies. We know a lot about how to do that fairly well. We can always look to try to do that better, by understanding which symptoms are most important to people, and then be able to modify them. For example, 1 of the most important symptoms in patients with ALS that comes out continuously in patient-reported outcomes is fatigue. And yet, not only do we not have a good treatment for it, but we also don’t really understand the concept well. We’ve begun a series of studies to try to understand that using surveys, but also though studies of muscle fatigue and understanding how that relates to a generalized sense of fatigue and really trying to pull these apart. Maybe it can be an outcome measure, and we can see whether we’re impacting this important symptom. Who knows, maybe there are new drugs that can target that.

I think this is an area in which the field is really growing right now. Again, an area that Answer ALS can really help us with because we know there are sub populations. There are some easy ways to sort these people out. One is to say, this is a genetically mediated form of the disease and then we can subset that by actual gene mutation. These are sporadic forms of the disease. But I think what we’re hoping to find is that there are biological subsets of the disease. These can be people with more inflammation, more problems with autophagy, or where nuclear transport is driving the disease. Maybe there’s a time course importance to that as well.

Being able to subset the disease out in those ways, is critically important for then beginning to subset out what therapies may be most relevant to which patients, and whether there’s a particular time in the disease that we need to target different mechanisms of the disease. It may be that the match that lights the fire needs to be treated in 1 way, but the fire once its raging needs to be treated in a very different way.

When we design trials, we need to keep a number of things in mind. Firstly, statistical power can be boosted by having a more homogenous group coming into the trial. Leaving biology aside, having a homogenous group can be important in terms of trial size and speed. The other side of that coin is generalizability. If we do a very specific trial, then we need to sort out whether we think that generalizes to the ALS population more broadly and which parts of the ALS population. Is it familial ALS, all of familial ALS, C9 ALS, different gene mutations, or is it just sporadic ALS we’re talking about? Or is it just a subset of sporadic ALS? We need to keep these things in mind.

A really important piece of this is that people with ALS want treatment options. We don’t want to create this altar of homogenous population that we sort of bow to because there’s some statistical benefit to it, while ignoring the critical importance of getting potential therapies to people now, and allowing them to help the community, help themselves, help other people, by participating in trials. That balance is really critical. We’re coming up with new ways to balance those 2 things as well as through new designs by having expanded access programs and campaign programs to trials, so that we can maybe preserve both of these things.

What has been observed in terms of disease progression among different genetic variants?

There are a few things we know about this and a lot we’d still like to learn. Again, Answer ALS has longitudinal blood samples and longitudinal clinical information to help. One of the things we’d like to learn is, are there things in the biology that are changing? Either in the whole group of people with ALS, or subset of people with ALS, that allow us to target different biology at different times.

Stepping back from the sporadic ALS pool for a moment, there are also some studies looking at inflammation, to show that there is a change in the neuroinflammatory signal across the course of the disease that might look different early than it does late. This may even be protected very early in the disease and spin over into this deleterious effect at some inflection point in the disease.