Understanding Why Costs Are Soaring for SMA Management 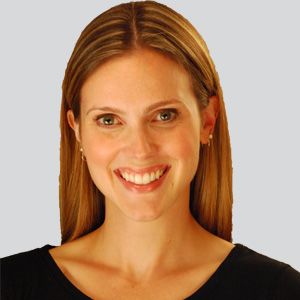 Recently, Cure SMA and colleagues at Novartis Gene Therapies published a research manuscript which described an analysis that was conducted measuring direct costs related to spinal muscular atrophy (SMA) management prior to the first FDA approved therapy for SMA. The organizations called for efforts to reduce these costs after results showed a nearly 50-fold higher increase in costs for management of those with SMA compared to matched controls.

Belter and her colleagues used this study as a way to understand and quantify the impact that new therapies may have on the economic burden of patients with SMA. The results allow researchers to track cost-related changes over time as the new use of new treatments increases. She sat down with NeurologyLive to discuss her findings, as well as the reasons why these costs may vary across different types of SMA.

NeurologyLive: Can you just first describe how the study came about and the importance of your results? Why you specifically chose to do to observe these measures?

Lisa Belter, MPH: The way the research came about was completely different than our original thought. The prevalence and incidence of SMA is highlight debated. We have guesses on what the prevalence and incidence is, but nothing has been confirmed. We were trying to think, how small or big is that population? We thought, why don’t we look at some insurance claims to see what they show in terms of population. That’s where it originally started.

We went through those claims and realized, let’s put our original thoughts on hold. Let’s start to dive in to see what the impact of having SMA is on both the patients and on the health care industry as a whole. That’s when we really dove in, partnered with Novartis, and began to examine it further. When we started to go into the literature, we realized that very little had been studied on this. That really started to get the ball rolling, and that it would be interesting to look at what the cost of having SMA is prior to these new therapies now being approved, with more coming down the pipeline. This way, we can provide a baseline data set of what the costs have been, and then moving forward, how those costs have changed.

We're there any findings in particular that stuck out to you and why?

Speaking big picture, just the differences in the cost from the payer perspective in infants with SMA versus a matched healthy infant. If you have a child with SMA, that could cost the payer over $100,000 to care for that child, compared to a healthy infant, which on average was about $58. That was definitely the highlight and made me go ‘wow.’ The impact that this disease has on the health care industry is wild, even as you get older.

We looked at infants with SMA, children with SMA, and juveniles with SMA, without classifying them into their typical SMA type 1, type 2, type 3, but instead just looked into the insurance claims, because they don’t classify patients by type. When we classify them by age, even as they get older, there’s still this huge gap that we’re seeing between a child with SMA and their healthy matched cohort. In children, we’re seeing that health care insurance companies are paying 20 or $30,000 to care for this child versus a healthy control which was around $100. Even with juvenile patients, the cost was around $35,000 compared to health cohort which was about $600.

Just seeing those huge gaps was mind blowing. It makes us eager to see how these new treatments coming down the pipeline will impact what a payer pays, and also how it will impact the family itself. From an economic standpoint, that was the biggest thing that really stuck out.

Why do some types of SMA come with greater economic burden?

I think it’s because of all the types of care and types of treatments that a child with SMA receives, really can impact those costs. You have the therapy itself, but there’s also physical therapists, occupational therapists, home health services, and even the potential for a nurse or another type of caretaker that comes to your home. There are also devices involves such as wheelchairs, walkers, standers, which can all add to the compounding costs. The different types of specialists you’re seeing can definitely add up as well. Obviously, you have your pediatrician or primary care physician, but you’re also seeing your neurologist, pulmonologist, speech therapist, radiologists, gene therapists. The list goes on. Every type of care that that child receives just drives up these costs.

What must change to hopefully decrease this overall burden?

I think first and foremost, early detection of the disease, especially with newborn screening. We have about 33 to 34 states that are now screening every baby born for SMA. The earlier a child gets diagnosed and treated, the better projection. Early treatment leads to better results, better outcomes. If you can get ahead of the game with getting treated, then you can slow down the progression of the disease, and then potentially lesson the needs for other types of specialists or devices that you’ll need to hopefully decrease burden. That’s probably the biggest thing. A multifaceted approach is necessary as well by educating different specialists, caregivers, and building on what those standards of care should be. We do have standards of care for SMA but that too, is also outdated. Working to get more updated standard of care that can cover nutrition, different types of physical therapy and what not. That will hopefully decrease this economic impact that SMA is currently facing.

How can incoming approved treatments have an impact on lowering these costs?

My hypothesis is that if you are able to receive treatment earlier, or you’re able to get any of these treatments and have better outcomes, it can lower these costs. Like I was saying before, I feel like a lot of these costs are driven up by the types of specialists and types of care that you need to receive. If you’re treated earlier and are able to slow the progression of motor function, you may not have as many physical therapy costs. Even if you’re able to slow down any decrease in your lung capacity functioning, you may not need to see a pulmonologist as much because your breathing function is better than where we would anticipate. Things like that, the little extra appointments or visits, really can drive up the costs, and vice versa.

What else needs to be researched in terms of the economic impact of SMA?

We looked at it the insurance claims and how the economic burden is impacted by the payers, but it would be really interesting to look at what are the out-of-pocket expenses. What are those families faced with, both direct and indirect costs wise? Also, if a parent has to stay home from work to take care of their child, or if they have any times of modifications in their home that help their child who’s in a wheelchair, what do those types of costs look like? We obviously want to also look at the out-of-pocket premiums and copays that parents pay for their child’s healthcare needs. Looking at all this economic burden from the viewpoint of the parent and the family members would be really interesting. I don’t know off the top of my head if that has already been studied, but it is definitely something that we have talked internally about as maybe a next step.