The chief medical officer of Neurocrine Biosciences spoke about how long-term data on valbenazine (Ingrezza) has helped shape the understanding of the effect tardive dyskinesia can have on patients, and how it can inform better utilization of the medication.
By: Matt Hoffman
Published: May 10, 2019 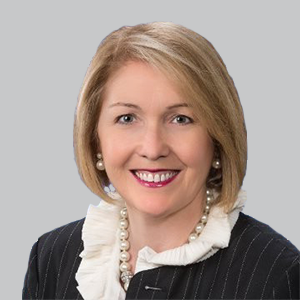 The therapy was the first FDA-approved treatment for tardive, and now a number of long-term phase 3 studies conducted, including 1 in patients who were taking concomitant medications for psychiatric disorders, have provided Eiry Roberts, MD, Neurocrine’s chief medical officer, and colleagues a better understanding of valbenazine’s value as a medication.

To find out more about what the developers of this agent have learned and what was presented at AAN, NeurologyLive® spoke to Roberts about valbenazine. She discussed how these long-term data help Neurocrine’s knowledge of tardive dyskinesia’s impact on patients’ quality of life and how it can inform better utilization of the medication, among other topics.

NeurologyLive®: What’s in the Neurocrine pipeline of which clinicians should be aware, and which agents had data presented at the 2019 AAN Annual Meeting?

Eiry Roberts, MD: It's a very exciting time for us as an organization in serving patients in the neurology space, and of course, we're able to do that in several ways. First of all, through Ingrezza (valbenazine) and its treatment of patients with tardive dyskinesia. We've been really pleased with the effects we've been able to have on the lives of patients with tardive dyskinesia with this medication. And so, we continue to grow in our education of physicians and patients around that medicine. The data that we're releasing at the AAN Annual Meeting are important in that regard as well—it's obviously really important as a medicine for us, and the impact it’s had on patients has been really encouraging.

The second, obviously, is our growing presence with our pipeline in the area of Parkinson's disease and, in particular, in the treatment of patients with Parkinson disease and motor fluctuations. We have 2 presentations at AAN that speak to that. The first is on opicapone, an oral selective COMT inhibitor, where we have an oral presentation that we're very excited about. It reviewed, for the first time, with US neurologists and US healthcare professionals the data from the pivotal phase 3 trials for that molecule.2 Then behind that, with the second poster that we have in the Parkinson's area, is in collaboration with our partner, Voyager, releasing some additional phase 1 data from their gene therapy for AADC in Parkinson's disease patients with motor fluctuations.3 Again, it's exciting and very encouraging data and we're enjoying that collaboration very much right now.

The third area is our continued commitment in our early pipeline to patients with neurological disorders in the form of our VMAT2 follow-on molecule that is currently in phase 1 development and it's progressing. We believe that beyond Ingrezza is considerably more value to be gained in the VMAT2 mechanism for use in neurological disorders and so we're excited to be moving that forward and understanding how to serve patients with a broad range of potential neurological and neuropsychiatric disorders.

Specifically, with valbenazine (Ingrezza) for the treatment of tardive dyskinesia, what makes it such a unique medication?

First of all, is that Ingrezza is the first-approved medication in the United States for the treatment of tardive dyskinesia. We're extremely encouraged by the profile that we see for Ingrezza in terms of how it performs in patients. It's a simple dosing regimen with a 40-mg dose for 1 week, followed by 80 mg thereafter, so no need for complex titration in patients. We see an improvement in the movements in patients with tardive dyskinesia as early as 2 weeks, but what we're actually releasing on this occasion are the longer-term data from long-term treatment studies, KINECT 3 and KINECT 4, which show that early effect is maintained out to 48 weeks and we get a sustained benefit.4,5

The other significant feature for Ingrezza is that, obviously, it's a once-daily, simple-to-use treatment, and the other piece of the data that we're generating now that supports that is that it can also be used in combination with a broad range of different backgrounds and concomitant and medications that are essential for these patients with neuropsychiatric disorders. In the poster that we presented, we demonstrate that we see this long-term sustained improvement in the sense of the tardive dyskinesia and that sustained improvement is consistent irrespective of whether the patients are taking antipsychotics, antidepressants, anticholinergics, or other medications for the treatment of their underlying disorder.

As we know, patients with tardive dyskinesia can have a whole range of different underlying disorders including schizophrenia, bipolar disorder, anxiety, and other reasons why antipsychotics and other medications are being taken that are responsible for the TD.

From these presentations, what's the main takeaway from this for clinicians that are prescribing this medication?

Firstly, the sustained effect long-term with treatment with Ingrezza. The second is the consistency of the effectiveness of Ingrezza in different patient populations. So, whether you have an underlying neuropsychiatric disorder that schizophrenia or bipolar—it doesn't matter. You see a very consistent effect from Ingrezza in treating tardive dyskinesia. The third is, and this is very important for physicians and clinicians treating patients, because of the consistency of the effect of Ingrezza—irrespective of whether the patient is on treatment for their underlying neuropsychiatric disorder or not—there is no need for physicians to consider having to change their underlying management of the neuropsychiatric disorder when they are starting or using Ingrezza.

Is there anything else the clinician community should know about this treatment?

The other main thing that I would say and it's not connected directly to these data but to the breadth of data that we continue to generate for Ingrezza is that, beyond the improvements in the movements that we see very clearly, we're starting to learn more about the impact of those movements on patients with potential tardive dyskinesia.

We know that from a study we have ongoing called RE-KINECT, which is the largest real-world study that's been performed assessing patients with potential tardive dyskinesia and movement disorder.6 In that study, we see that not only are the movements of obviously problematic from a physical point of view, but from a functionality perspective for the patient in terms of their quality of life, and also for the caregiver there is a significant impact of these types of movements. So, our ability to impact the movements of tardive dyskinesia with Ingrezza in a positive fashion for the long-term, we believe, is valuable both for the patient and the caregiver beyond even the physical impact.