The company anticipates the first patient to be screened in May 2022, with a primary end point of cognitive decline at 18 months, measured by the Clinical Dementia Rating-Sum of Boxes. 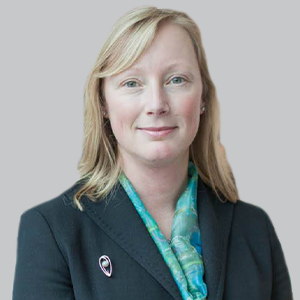 Biogen has submitted the final study protocol to the FDA for the phase 4 ENVISION trial of aducanumab (Aduhelm) to be reviewed by the agency. The company noted in an announcement that it anticipates the first patient to be screened in May 2022.1

The trial will be conducted as part of the accelerated approval of aducanumab in June 2021, and will be global in scale, with a targeted enrollment of 1500 patients with Alzheimer disease (AD) and confirmed amyloid-ß pathology. The 100 mg/mL injection was approved for intravenous infusion in early AD, including those with mild cognitive impairment (MCI) because of AD and mild AD.

ENVISION’s primary end point, which was originally detailed in an announcement from January 2022,2 will be cognitive decline at 18 months, measured by the Clinical Dementia Rating-Sum of Boxes (CDR-SB). Additionally, a long-term extension is planned to collect data for up to 48 months.

“Our unwavering commitment is to ensure that the trial is completed swiftly and that the diversity of patients in it reflects that of Americans diagnosed with early Alzheimer’s disease. We plan to work hand-in-hand with underrepresented communities and Alzheimer’s disease groups to achieve our diversity and inclusion goal,” Samantha Budd Haeberlein, PhD, senior vice president and head of Neurodegeneration Development, Biogen, said in a statement.1

Echoing Budd Haeberlein’s statement, Biogen noted it is still aiming to reach an 18% enrollment of patients from Black/African American and Latino communities. To do so, the company stated that it is “leveraging multiple initiatives and working with several community groups, such as the National Minority Quality Forum and others who have expertise and a commitment in helping to overcome traditional enrollment barriers for diverse populations.” Specifically, Biogen noted it plans to select trial sites that feature diverse staff and that are in communities of color with access to diverse patient populations. Additionally, it will seek to support trial sites with the identification, outreach, and engagement of underrepresented communities, and work with community and patient organizations.

Additonally, aducanumab has been association with amyloid-related imaging abnormalities (ARIA), a noted point concern from the clinical community. In the placebo-controlled period of the phase 3 trials, the incidence of ARIA edema (ARIA-E) in the 10 mg/kg group was 35.2%. When including the long-term data, most ARIA-E events occurred prior to the eighth dose, roughly the 96-week time point. In total, 69% of cases were resolved in the first 12 weeks and 83% resolved within 16 weeks, while 98% of ARIA-E events were completely resolved within the 132-week extension period.

In mid-March, Budd Haeberliein called the long-term findings “meaningful” in a statement,3 adding that they “further our understanding of amyloid and downstream biomarkers, such as p-tau 181, in Alzheimer’s disease and can help inform how long patients may benefit from treatment to reduce amyloid beta plaque."